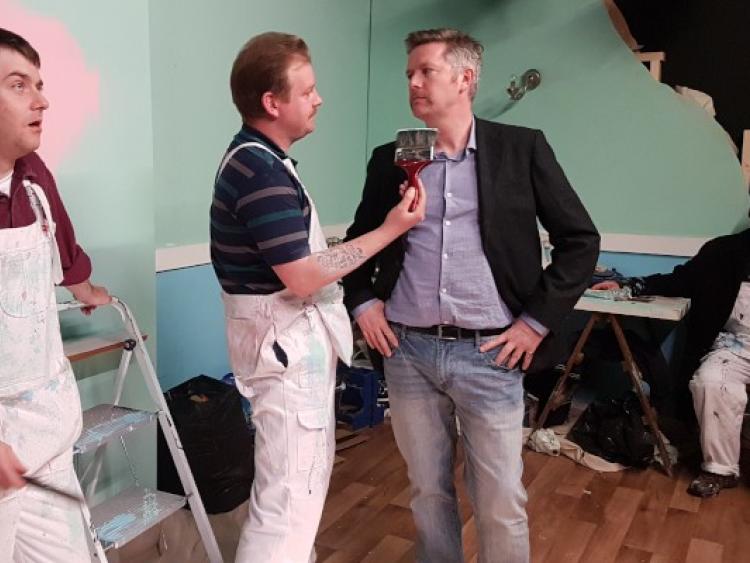 Brothers of the Brush by Jimmy Murphy is to be performed at VISUAL on Saturday, June 15 at 8pm.

It’s exactly twenty-five years since the original production of Brothers of the Brush appeared in Dublin.

A new production of this classic, tells the story of three house painters, making a meagre living, overseen by an arrogant and shifty boss who is running a small business.

Underneath the humour and playfulness of the relationships, a tough world is emerging, where workers are losing faith in old ways.

Set just at the dawn of the “Celtic Tiger”, it is now interesting to note that Heno and Lar have returned from London as work is now readily available in Dublin as the onset of apartment building kicks off in the city.

The need to survive has become far greater than anything else in their lives and manipulation of each is now the new order of the day, where fragile loyalties are tested and taken to limit.

Brothers of the Brush is both entertaining and thought provoking.