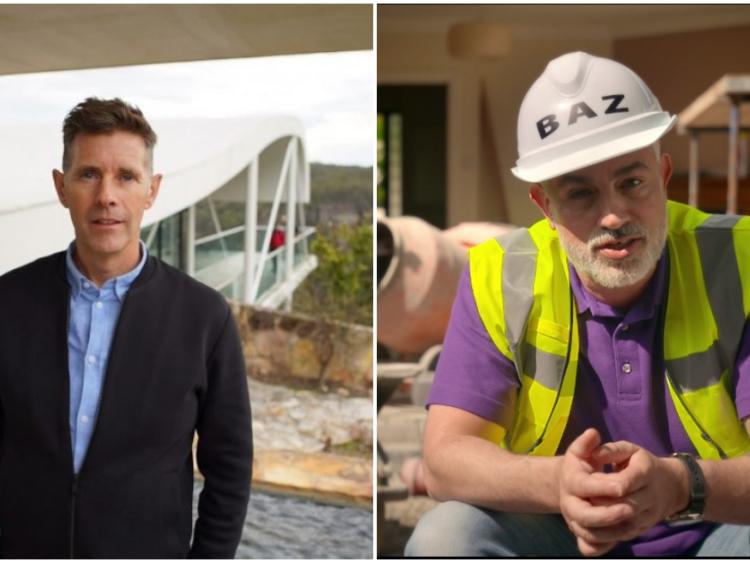 Dermot Bannon and Baz Ashmawy shape up for home improvement Sundays on RTÉ One with two additions to the RTÉ autumn/winter schedule with series 3 of Dermot Bannon’s Incredible Homes and the brand-new DIY SOS: The Big Build Ireland.

Dermot Bannon’s Incredible Homes is back as Ireland’s best-known architect once again packs his bags and visits some of the most jaw-dropping houses around the world. Dermot travels to Canada to explore some of the most amazing houses to be found in the second-largest country in the world.

He travels through snowy Nova Scotia, and colourful Toronto, as he finds inspirational and extraordinary architecture along the way. In the second episode, as a result of COVID restrictions, Dermot stays local and showcases the most incredible homes in Ireland.

For the first time ever, he visits houses that were an inspiration to him as a young architect and opens the doors to some of the most unusual and most beautiful houses in Ireland.

Baz has nailed his brand-new series of DIY SOS: The Big Build Ireland coming to RTÉ One on Sunday evenings at 6.30pm. Kicking off on 18th October presenter Baz Ashmawy and his team set out to renovate the homes of deserving families, changing their lives forever - but with only nine days to transform each home, and solely dependent on the generosity of volunteer trades and supplier donations - the pressure is truly on!

As a series, DIY SOS: The Big Build Ireland aims to bring out the very best in people – in each and every episode an army of volunteer builders, labourers, traders, suppliers, friends and neighbours come together giving their time, labour and materials to help a local family whose lives have been impacted by a significant loss or misfortune.

Over the last 12 months, DIY SOS: The Big Build Ireland helped convert the homes of three deserving families – The Barry Family in Dundrum, Co Tipperary, The Mulcahy Family in Annacotty Co Limerick and the Guihen Family in Co Kildare.

DIY SOS: The Big Build Ireland airs on Sunday, October 18 at 6.30pm on RTÉ One and on RTÉ Player.

Dermot Bannon’s Incredible Homes airs on Sunday, October 18 at 9.30pm on RTÉ One and on RTÉ Player.