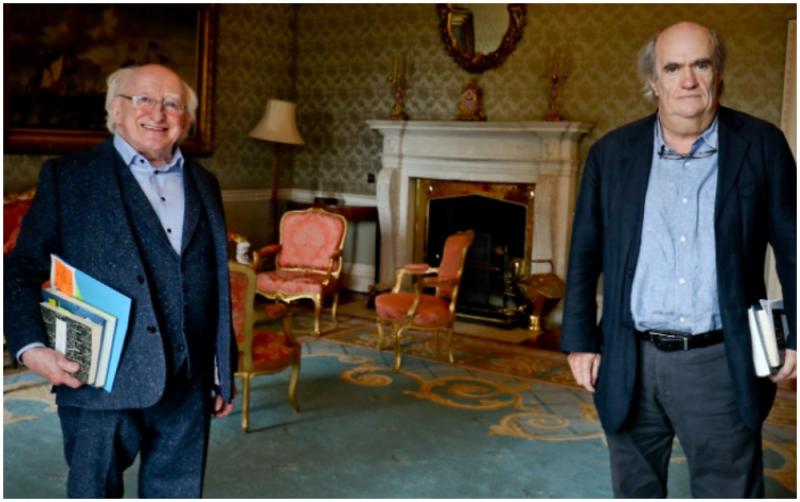 The Festival of Writing & Ideas is now rolling out The Winter Series, a weekly filming of the talks that played out in August by people such as President Michael D Higgins, Luke O'Neill and John Boorman.

The Borris based event will showcase talks on Ireland, Europe and the climate crises, conspiracy theories and the importance of experts, and lots more.

Highlights of the Festival of Writing & Ideas will be available to watch online in the coming days for anyone that may have missed them.

There's still time to get a Christmas Eve box! Here's why it's a great new tradition

Founder of the festival Hugo Jellet said it’s "One of the only literary festivals to have happened and one of the few to have happened in Carlow and Kilkenny this year, and we just managed to limbo under the bar in August to do a little festival, but not for many people, and so we thought that we'd prduce a winter series that took thos films, they're all about 45 minutes to 50 minutes long of each talk and then broadcast them, one each week starting January the 5th and going the whole way through to April".

@Writingandideas The Winter Series https://t.co/Kx99ycEMAZ starts Jan 5th. For those who missed the festival this year….

Anyone interested can now book a place for each talk and watch it on its release date, or view it on demand anytime after its initial release.

For more details you can visit Festival of Writing and Ideas