He was very good!

A young IT Carlow student from Kildare appeared on First Dates Ireland on RTÉ 2 on Thursday night. 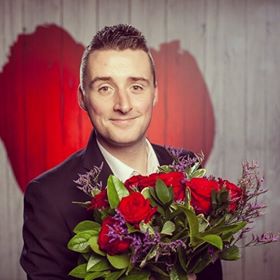 Calverstown native, Declan Lavin, aged 23, is in his final year studying Media and PR in IT Carlow.

On the programme, Declan was paired with beautiful date Clodagh and they get on like a house on fire.

At one point he complimented Clodagh on her looks and says: "You look savage!".

Declan said: "Clodagh is a very funny woman, so bubbly.

"Both of us had similar stories in terms of overcoming weight loss and social anxiety so we meshed together well."

To watch the programme back and see what happened to the pair, click here.

In First Dates, single people from across Ireland come to the First Dates restaurant where they have a real blind date.

Joining maître D' Mateo Saina, are barman Ethan Miles, and waiters Alice, Pete and Libby, who help set the scene and give romance the best possible chance to flourish.

First Dates Ireland is filmed in Coda Eatery at The Gibson Hotel where every moment is captured by over 20 cameras.

The unobtrusive cameras allow the daters to forget they are being filmed and start bonding... or not!