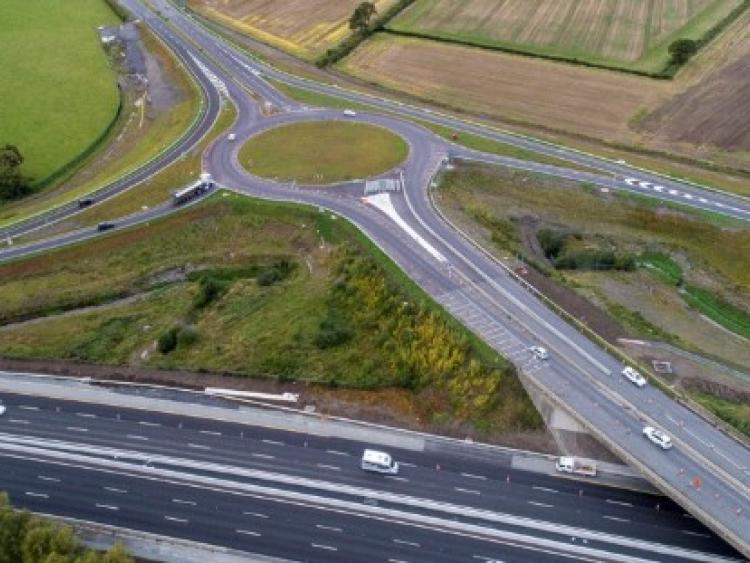 Aerial photo of a section of the M7 being upgraded

The 120km/h speed limit on the three-lane M7 motorway won't return until at least February, it has emerged.

Kildare County Council has said that the reduced limit of 80km/h will apply to parts of the busy route until February 2 inclusive.

It had been hoped that the upgraded motorway would return to its original 120km/h speed limit before Christmas.

Lanes are currently operating at a reduced speed limit of 80km/h from Junction 8 Johnstown to the M7/M9 interchange at Junction 11.

All three lanes of the 13.5km stretch of motorway being upgraded opened on August 2 and the speed limit was due to revert to 120km/hr in mid-September — however this deadline came and went.

GoSafe speed vans, which were introduced along the roadworks in November 2018 to enforce 60km/hr speed limits, are no longer stationed on the upgraded stretch.

However, units of Naas Roads Policing are continuing to monitor speed levels along the route.

The widening of the motorway from Junction 8 Johnstown to the merge between the M9 and the M7 is part of a major three-element project which also includes the M7 Osberstown Interchange and the R407 Sallins Bypass — which was due to be completed by the end of 2019.

Under new regulations issued by the Council on December 20, the 80km/hour limit will apply to part of the M7/N7 Eastbound and part of the M9 Northbound from 900 metres before the M7/M9 merge point to 300 metres south of Junction 8 (Johnstown).

It will also apply to part of the N7/M7 Westbound from the approach to Junction 8 (Johnstown) off-slip to 100 metres east of the M7/M9 diverge.

Last August, the council strongly urged people to obey the speed limits for the safety of fellow motorists and of construction workers employed by contractors SIAC/Colas.