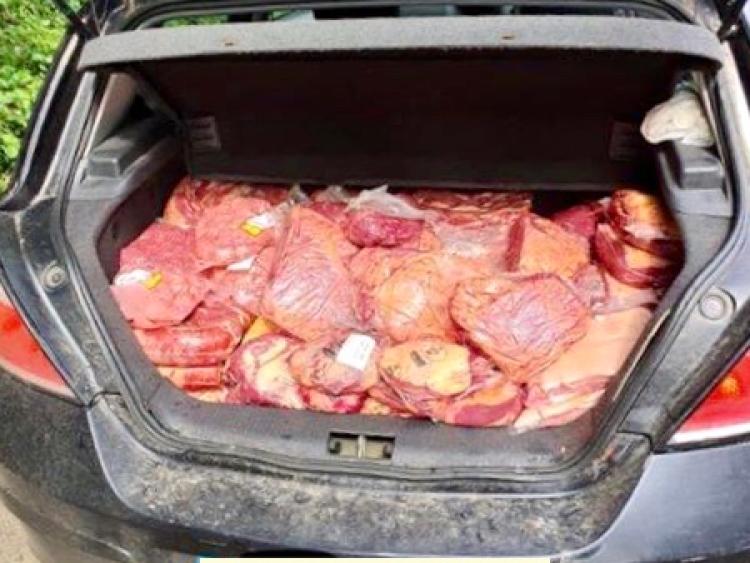 This was the scene which greeted Gardaí when they stopped a car this week.

Meath Roads Policing Unit were carrying out a number of speed checks in the Trim area on Saturday.

This driver of this vehicle was detected driving while using his mobile phone.

When stopped, the driver was found in possession of a suspected fraudulent UK driving licence.

The vehicle was seized under Section 41 of the Road Traffic Act.

The driver was also found in possession of a small amount of drugs stored in his boot.

But also stored in the boot was a large quantity of pre-packed beef which was deemed to be purchased legally.

This meat was later collected by a friend after the car was seized.

Gardaí commented: "This motorist might have to rethink how to store meat safely in the future."