After 80 years in production, the Carlow sugar factory closed in 2005 with a loss of 190 full time jobs

After months of uncertainty, a decision has finally been made by local Councillors to keep Carlow's iconic sugar factory tower on the protected structures list.

The decision was made on Thursday (February 3) although not all members were in favour, with just 14 votes swaying the decision.

Among those in agreement was Cllr Fergal Browne who said the iconic lime kiln tower is the last reminder of the sugar beet industry in Carlow.

"Either Greencore who own the site currently, or whoever might buy the site in the future will have to maintain the structure and possibly come to the table with proposals to develop the site, with a view in my opinion to keeping the memory of the sugar factory alive."

Rennie Buenting, a local artist, had previously raised concerns on KCLR urging people who wanted the structure kept to make their views known to the local authority adding the tower "is an iconic structure and part of our Irish sugar heritage." 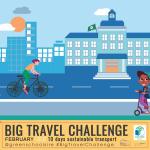 10 days to change habits for good!