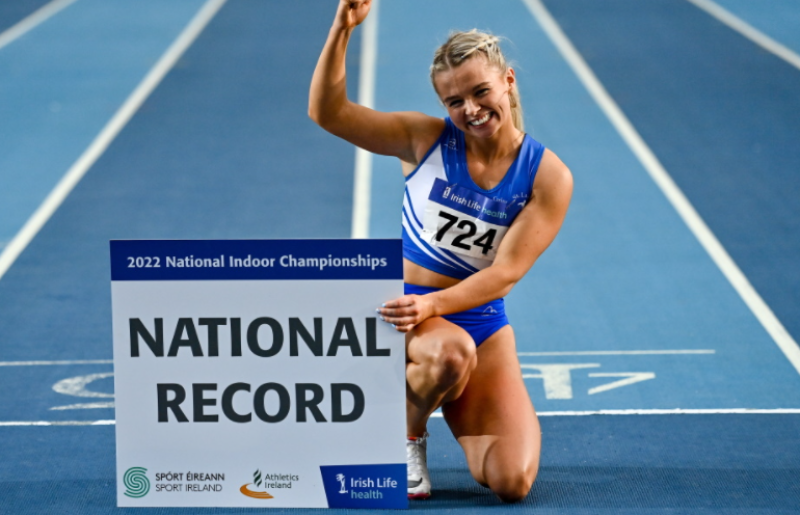 Molly Scott after her triumphant win at Abbotstown

Carlow athlete Molly Scott has broken another record with a magnificent performance in Abbotstown yesterday.

Even more impressively, this was Scott's third race of the day, after the first edition of the final had to be re-run due to a false start by a rival sprinter, but the race was not re-called.

An hour later, Scott channeled her frustration and dedication to a flying finish, becoming the first Irishwoman in history to under 7.20.

The Carlow athlete has previously smashed Amy Foster's victory in January with a time of 7.23 but it was taken back just a week later when Rhasidat Adeleke ran 7.21.

This did not seem to deter Scott however who victoriously snatched the record back with her incredible time of 7.19

"Finally put down a time I knew I could do! We had to do a rerun due to the clock not working the first final which I think motivated me even more to get that time! You bet I wasn’t gonna let it stop me. Despite the chaos, it was a dream day.

"It made it even more special to have my family and neighbours and boyfriend there to celebrate it."

Calling all people in Carlow! Join the Great Irish Bake for Sick Children 2022