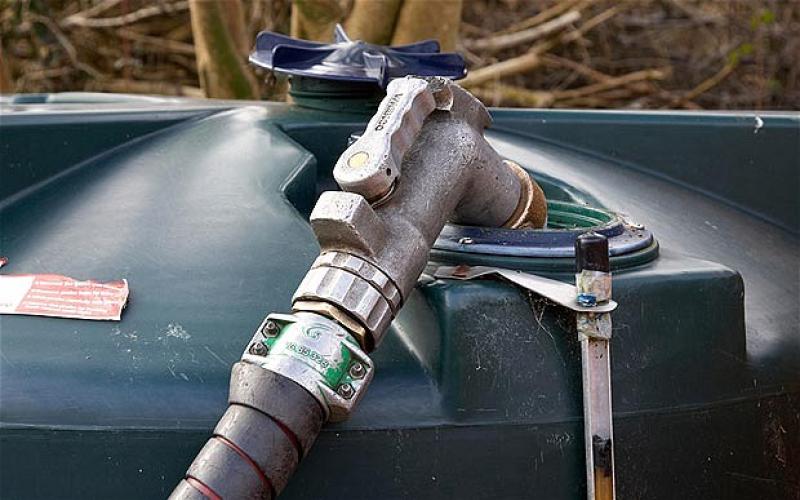 As oil prices surge, Gardaí in Carlow and across Ireland have issued a warning to homeowners to take steps to prevent home heating oil being stolen.

Gardaí say it is worth looking at some preventative measures so as to avoid being left without oil.  They urge homeowners to check oil levels frequently.

It is also advisable to try to arrange smaller but more frequent oil deliveries.

Installing an automatic movement sensor security lighting around the tank the ward off potential thieves.

Planting shrubs or erecting fencing to screen tanks from view from the road, is also another measure worth putting in place.

Homeowners are also to advised to install and use lockable access gates, and erect lockable fencing around their tank, including over the top.

It is also worth considering fitting an alarm system which warns if the oil level drops suddenly
You should also be vigilant following a delivery.

Homeowners should be aware thieves may return to steal replacement oil following an initial theft note suspicious vehicles’ registration numbers and report them to Garda.

Examples of improving security of domestic heating oil tanks include:

1. Sitting the oil tank: The position of the tank can have a significant effect on how a thief views how hard a target is. Place the tank as close to the house as regulations allow and in view of one or more windows. This may make the thief consider the chance of being seen too high to risk. Also, ensure the tank is not visible from the road to passing traffic.

3. Defensive planting: Defensive planting is nature's way of helping to reduce crime. Thieves will not wish to force their way through or over a prickly hedge. Also planting such as trees or hedging can be used to make the oil tank less visible from the road to passing traffic.

4. Lock: A good quality closed shackle padlock fitted to the tank opening should be your starting point.

5. Securing the oil tank: A wooden or metal fence, trellis or wall can give significant protection to the tank and is probably the strongest method of target hardening. A metal or grill cage with a lockable access point across the top of this wall or fence can further improve security.

6. Oil level gauges: Remote electronic oil level gauges are available which will set off an audible alarm when the oil level drops dramatically, as would happen if there were a leak or theft, and alerts the receiver unit. There are units on the market to-day that will even send a text alert to your mobile phone.

7. CCTV: Installing CCTV may sound extreme. However, small infra-red cameras are fairly cheap these days. A covert camera to record the number plates of any cars or vans entering your driveway could help. It may not stop thieves but could help trace them later. Placing a highly visible camera on your property may act as a deterrent to thieves, especially in areas where natural surveillance is scarce.

8. Monitored alarm: A lot of farmers in particular are going for new security products on the market which monitors your yard by wireless beams when you are not there. When activated if somebody enters your yard, you are notified on your phone by a monitoring station.