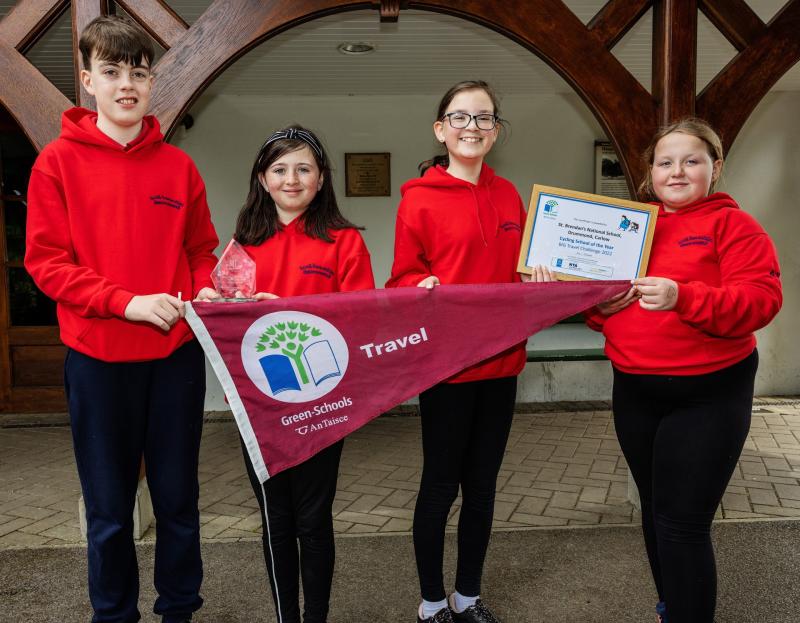 Students from St. Brendan’s National School, Carlow at Dublin Zoo collecting their award as Ireland’s Cycling School of the Year 2022 from Green-Schools

A Carlow primary school is one of Ireland’s three Cycling Schools of the Year.

At a ceremony in Dublin Zoo during National Bike Week ‘22, St. Brendan’s National School, Drummond, were named Ireland’s Cycling Primary School of the Year by the Green-Schools Programme, following their participation in the programme’s Big Travel Challenge in February.

Nine schools were awarded at the ceremony and named as Cycling, Walking, Scooting and Park ‘n’ Stride Schools of the Year. Gort Community School in Galway was named Ireland’s Travel School of the Year at the ceremony.

Calling all Carlow hikers! Hike your way to the top of Lugnaquilla in aid of Peter McVerry Trust

During February, schools undertook the Green-Schools Big Travel Challenge – now in its seventh year - which asked them to concentrate on one sustainable transport mode for two weeks to see if they could achieve real, lasting change in the travel behaviour of their staff and students.

The Challenge is an initiative of Green-Schools Travel, which is supported by the NTA and the Department of Transport, Tourism and Sport.

The students and staff at St. Brendan’s National School chose cycling to promote for the Big Travel Challenge in February and achieved great results – going from one cycling student to 15, 60% of the school population!

“Habits are hard to break – particularly during the colder, darker winter months.

“We are excited to be back celebrating the Big Travel Challenge in person and I’m seriously impressed with the hard work and dedication these students put into changing travel habits at their school. We have a primary school that grew their cycling numbers from one sole student to 15, in a school population of just 25!

“These results aren’t easily come by so I can’t congratulate our nine winners enough.”