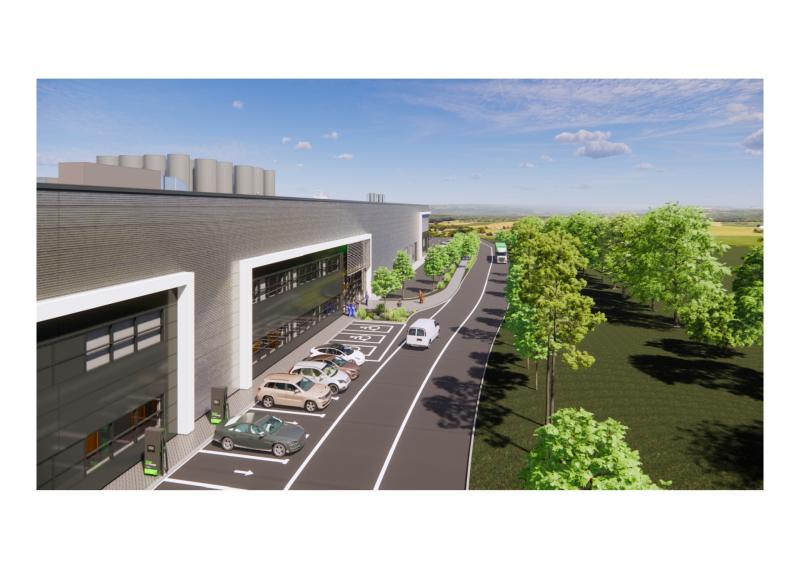 “It is a great day for Kilkenny and the South East today with this official sod turning. This is a project that brings so much to the local area and is the start of a bright future for the 4,500 Glanbia farm family suppliers as well as for the wider Irish agriculture sector and Irish farmers as a whole.”

“I have been supportive of the project because of its huge importance to farming in the south-east. It is brilliant to know that Glanbia Co-op is fully committed to a sustainable future for the dairy sector in partnership with Government, through the Food Vision 2030 Strategy. I look forward to continued engagement through these initiatives into the future.”

Public servants in Carlow earning over €150,000 set for pay increases

The facility, which is being built by Kilkenny Cheese Ltd, a joint venture between family-owned Dutch dairy producer Royal A-Ware and Glanbia Co-op, will have a footprint of 18,000 square metres.

It will produce over 50,000 tonnes of continental cheese per year, including Edam, Gouda and Emmental cheese varieties which will be brought to market by Royal A-ware through their established channels.

The production facility will utilise approximately 450 million litres of milk from Glanbia milk suppliers each year. Glanbia Co-op currently sends some milk for processing by third parties during the peak milk supply months; the new facility will allow this milk to be brought in-house for processing in one of the most sustainable cheese plants in Europe.

This will consolidate milk processing and reduce transport movements.

Previous studies show Glanbia Co-op’s activities have a positive impact on Ireland’s rural economy and the new facility at Belview will support the incomes of over 4,500 farm families.

Over 400 jobs will be created during construction. Once opened, the Kilkenny Cheese Limited facility at Belview will offer high-skill opportunities with 80 jobs.