EXPLAINER: All you need to know as counting begins in the Carlow/Kilkenny constituency

Fourteen candidates are vying for the five seats 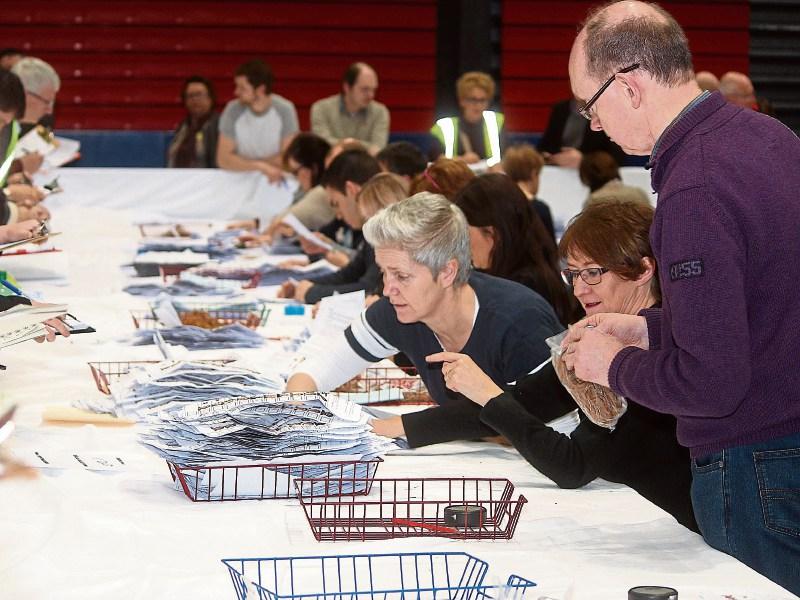 Fourteen candidates are fighting it out for a place in the five-seater Carlow/Kilkenny constituency after the country went to the polls on Saturday for the 2020 general election.

CLICK HERE TO FIND OUT WHO THE CANDIDATES ARE

Counting is getting underway this Sunday and here's all you need to know about how the process works...

How are votes counted in a PR election?

Since polling finished on Saturday, the ballot boxes have been taken to the Lyrath Estate - the central counting place for the Carlow/Kilkenny constituency.

The count starts at 9am on Sunday. Each ballot box is opened separately and the ballot papers in each box are counted.

The ballot papers are counted and sorted, and spoiled papers are rejected.

The total valid poll is the total number of votes minus the number of spoiled papers.

The count then takes place over a number of rounds. As candidates are elected or eliminated, the second, third (or lower) preference votes on that candidate’s ballot paper are counted.

Counting continues until all five seats have been filled.

How is the quota calculated?

The quota is calculated by dividing the total valid poll by 1 more than the number of available seats (if there is a number to carry over, it is ignored), and then adding 1.

What happens to surplus votes?

If a candidate receives more than the quota, their surplus ballot papers are transferred to the remaining candidates.

The surplus is transferred in proportion to how many second (or lower) preferences the other candidates received in the elected candidate’s vote. If the second preference candidate on any ballot is either already elected or has been eliminated, then the third preference is used, and so on.

If a candidate is elected at the first count, then all of their votes are used to calculate the proportion of surplus that will be given to each candidate.

Where a candidate reaches the quota after the first count, only the ballot papers that brought them over the quota are examined (the votes that were transferred from the previous count).

If 2 or more candidates are elected at the same time, then the surplus of the candidate with the largest vote is distributed first.

How are candidates eliminated?

A recount can be ordered if a candidate asks for one, or if the Returning Officer decides that a recount is needed.

A candidate might ask for a recount of a particular count, or round of voting. This means that the votes that were counted in the last round only are counted again and corrected if necessary.

However, once the result is declared, a recount can only happen if it is ordered by the High Court. A candidate is declared elected when the total count is complete and the Returning Officer has declared the results.