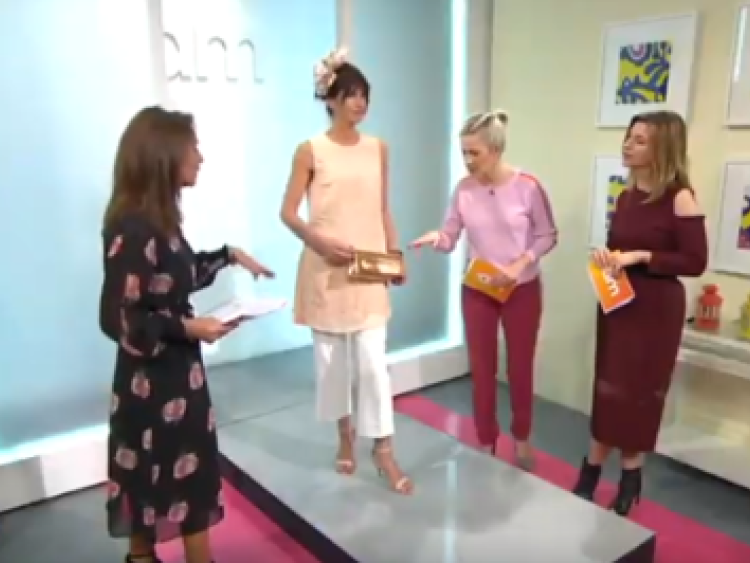 'It's a real investment piece' - Could you not just say something is extortionately expensive and be done with it. €500 for a scarf - sure no bother!

'Statement piece' - The item is probably a bit dodgy, possibly a pineapple shaped handbag so they justify it with this old chestnut. It's a statement piece alright if the statement you want to make is that you're out of your mind.

'Dress it up or dress it down' - Every time! This is pure and utter waffle. They're trying to justify putting runners with a suit, end of. You won't get away with that outside Dublin.

'A great price point' - They could just say it's a great price but this makes them sound more commercially savvy - apparently.

A fake 'that's lovely' - The presenter is horrified by what's just walked out so they force a smile and power through. 'I suppose it's a statement piece, lads'

'It's everywhere on the catwalk this season' - Yer one giving the tips has notions and wants to make it sound like she's been in Milan and Paris and not Ballymount three times a week!

'Here's one for the lads' - Men are the afterthought of the TV fashion segment. They just send some random hipster down in skinny jeans and an open striped shirt. He's probably a runner on the show, truth be told.

'Here's so and so again' - Recycling the model at a rate of knots. They come out with a lovely smile masking the sheer panic they've gone through changing backstage.

'Everyone adored this backstage' - There's no one backstage except the one model under a mountain of pressure to change from one jumpsuit to another.