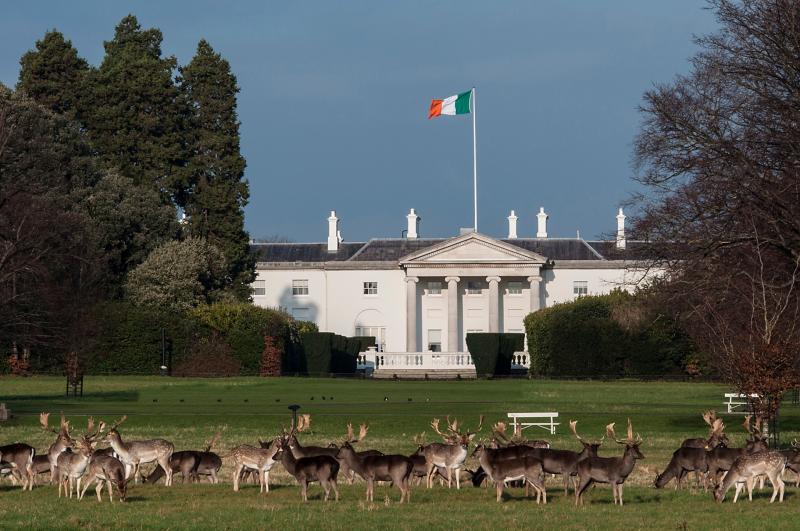 The president's residence, Aras an Uachtarain

Cathaoirleach of Carlow County Council, Brian O'Donoghue, has said the local authority have been contacted by several people seeking a nomination for the presidency.

He said: "To date I’ve been contacted by Senator Joan Freeman, Sean Gallagher and by a group seemingly trying to nominate a deceased person."

Carlow's local authority is likely to hold a presidential nominee meeting in mid-August, but formal nominations won't be made until after the presidential election order is made.

In an email, seen by Carlow Live, the campaign group asks if a deceased 13-year-old would be the best candidate for Ireland’s 10th president.

The letter reads: "It may seem absurd but this campaign calls for the nomination of William Delaney 1957 -1970 as a presidential candidate for the forthcoming 2018 elections."

Kilkenny born William received a 6-year-sentence to Letterfrack Industrial School for stealing a loaf of bread, the group says.

The missive continued: "Our state has failed to honour the victims of institutional abuse, to call to task the collaborators and perpetrators of abuse and violence again the most vulnerable, or to treat the victims with anything amounting to the measure of dignity which any living creature deserves.

"This campaign has no political backing, no financial backing, and the candidate is deceased, yet this candidate is the most deserving of a nomination for the role as symbolic head of the Irish State.

"Obviously a candidate must be alive, but as has been demonstrated on numerous occasions throughout the democratic world, in situations where candidates have died during an election campaign with their name on the ballot sheet, the electorate have decided that even though deceased they are still the best candidate.

"I am writing directly to you as a local councillor to make you aware of the campaign, and to ask for your support to commemorate one of the children who died whilst in the care of the Irish State.

"Please visit www.10thpresident.org to learn more about the candidate William Delaney and to pledge your support."

William subsequently died in June of 1970 when he fell ill after he was sent back to Kilkenny to start his summer holidays.

Meanwhile, Cllr Donoghue added: "Senator Freeman has requested a special meeting so she can present to Carlow Councillors while Mr Gallagher has just asked the Council to have an open mind ensure there is a contest for the Áras.

"I am in regular contact with the Council officials and in particular with the meetings administrator about the next step and we would expect to have a day where any candidate looking for a nomination from Carlow County Council would come before us on the same day.

"It’s important to note that this would merely be an opportunity for a potential candidate to make their case to us and for them to try get a feel for support, as a nominating body we cannot officially nominate a candidate until the ministerial order is passed, and at that point we may only nominate one person, were we to somehow nominate more than one, all nominations would then be invalid.

"People can probably expect an advertisement in the coming weeks to appear announcing a special meeting."