Eleanor Peters took to social media to highlight the issue 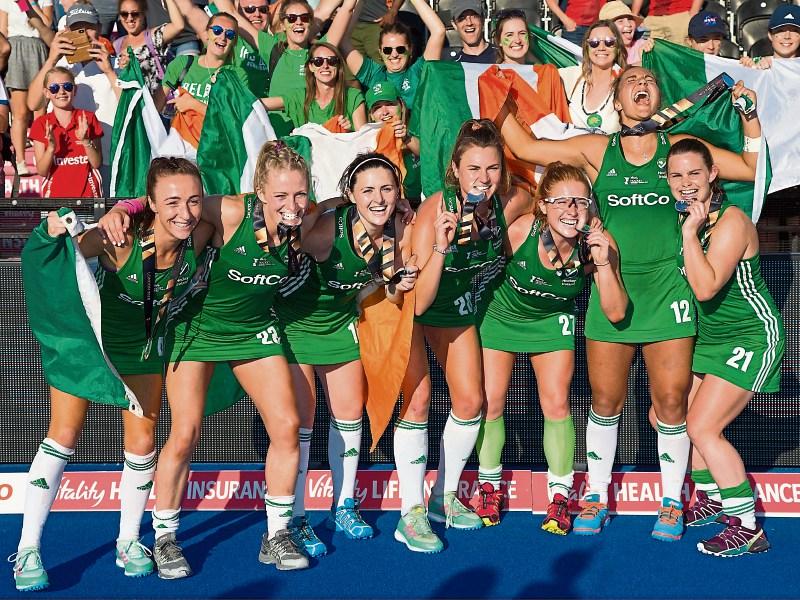 Some of the national women's team celebrate with their silver medals

A Carlow woman has taken to social media to highlight that the county has "no home ground" despite the success of the Carlow Ladies and with "enquiries flying in for new members".

Support for the sports has come under the spotlight after the national women's team won silver at the hockey World Cup following their 6-0 defeat to eight-time World Champions the Netherlands in London on Sunday.

Thousands of supporters lined the streets of Dublin with flags and banners to welcome the squad and their support team on Monday.

Meanwhile, in a post on social media, Eleanor Peters said: "Hockey is such a rising sport in Ireland yet we still have no home ground in Carlow to nurture that talent.

"Carlow Ladies won the South East league this year and were runners up in the Leinster Trophy Cup Competition, with no home pitch and training in the IT mini all weather pitches. Enquiries are flying in for new members to join every day."

She appealed to local TDs and councillors to help their 150 members secure better facilities and more funding.

"I hope you’ll support us in our efforts to secure a pitch in Carlow for the over 150 club members we have. We were disappointed that there is no hockey pitch in the super new Carlow Sports Complex which has new rugby, soccer and GAA pitches.

"Massive congrats to the Irish Ladies - what a phenomenal achievement," Eleanor added.