'The support from Carlow has been outstanding...' 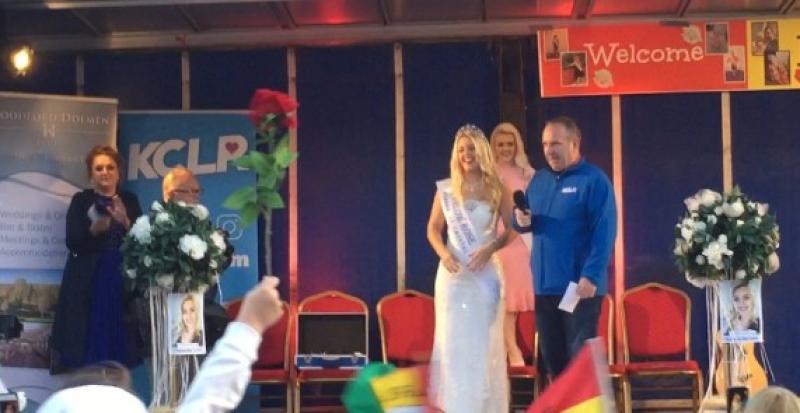 A rose is held aloft as Shauna Ray Lacey is on stage with MC, Brendan Hennessy

Carlow Rose Shauna Ray Lacey returned to her hometown on Thursday night and received a rapturous welcome from the crowds gathered on Tullow Street who came to show their support for the 24-year-old.

The homecoming saw Carlow flags flying high and even a rose held aloft by one of the younger members of the congregation as Shauna made her way to the stage where she would describe the Rose of Tralee experience as the "highlight of my life".

Read also: Carlow's Shauna Ray Lacey misses out on Rose of Tralee crown but wins the hearts of a nation

Shauna addressed the crowd and in conversation with MC for the night, Brendan Hennessy, the Boylesports deputy manager described the support from county Carlow as "outstanding".

She said: "I had the best time ever in Tralee. I met the most incredible women and the support from Carlow has been outstanding. Thank you so much everybody."

Shauna was joined on stage by her daughter Emmy too, her partner John Nolan was also in the crowd as was her mother, Angie and her extended family and friends.

Watch the video below of her address to the crowd:

Shauna missed out on being crowned the 2018 Rose of Tralee but made history in the process.

In the 59 years of the festival, the "Mother Rose" has broken the mould for future Roses.

The young mother was given a big cheer on her arrival in Carlow on Thursday night as the county flag filled up the skyline.

Watch the crowd's reaction below: