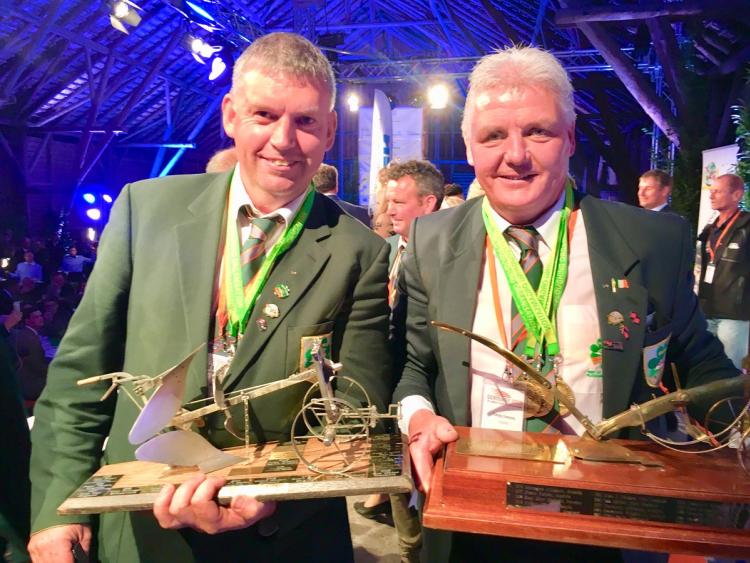 Carlow man Eamonn Tracey won the Golden Plough at the World Ploughing Championships in Germany over the weekend.

Ploughing teams from all over the world gathered in the Einsiedel farm estate in Baden-Wurttemberg to compete in the 65th World Ploughing Championship.

Tracey put in a world-beating performance at the contest to win the title of world champion in the conventional class.

Driving a winning combination of a Valtra and Kverneland plough, Tracey secured pole position by a fine margin, earning 402 points over the course of the two-day event – some 24 points ahead of second-placed Thomas Debes from France.

Tracey first won the Golden Plough trophy in France in 2014, and successfully defended it in Denmark the following year.

In Kenya last year, Tracey again came second – but this was good news for Ireland as the winner was none other than his teammate John Whelan.

Read also: Ballon is to get a new Post Office with the position to be advertised shortly

Wexford man Whelan won the silver medal in the reversible class this year.

ANSWERED: Who can go to work and who should work from home under Level 5?

ANSWERED: Who can go to work and who should work from home under Level 5?