Both managers have enjoyed considerable progress with their sides this year 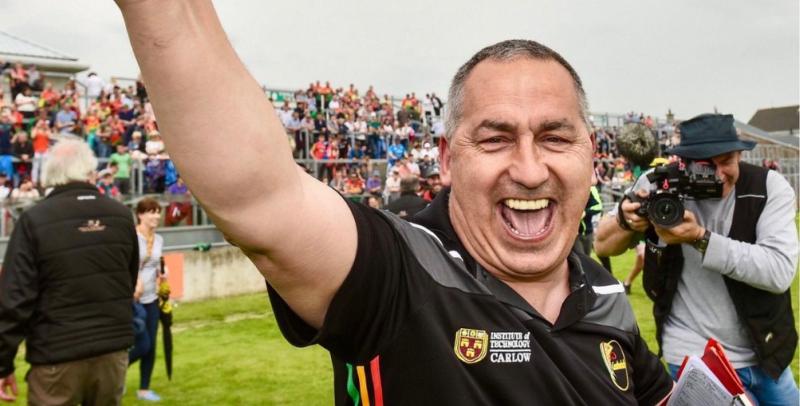 Carlow GAA has officially announced that the county's two senior managers in hurling and football have been confirmed for reappointment by the County Committee.

Turlough O'Brien and Colm Bonnar will remain in charge of the Carlow senior footballers and hurlers in 2019.

Carlow GAA is delighted to officially announce that our two Senior Managers have been confirmed for reappointment by County Committee.
Everyone tremendously excited & really looking forward to 2019 ! #CarlowRising @itcarlow pic.twitter.com/q3k1IZckAP

Both managers have enjoyed considerable progress with their sides this year.

O’Brien led the footballers to promotion for the first time in 33 years which will see Carlow play Division 3 football in 2019.

O’Brien’s charges suffered defeat to Laois in the National League final but they went on to make more history in the summer after they recorded their first Leinster SFC victory over Kildare since 1953 with an impressive seven-point win.

The hurlers also had a productive season in 2018 as Bonnar guided them to the Joe McDonagh Cup final where they scored a five-point victory over Westmeath.

That achievement means they will compete in the 2019 Leinster Senior Hurling Championship.