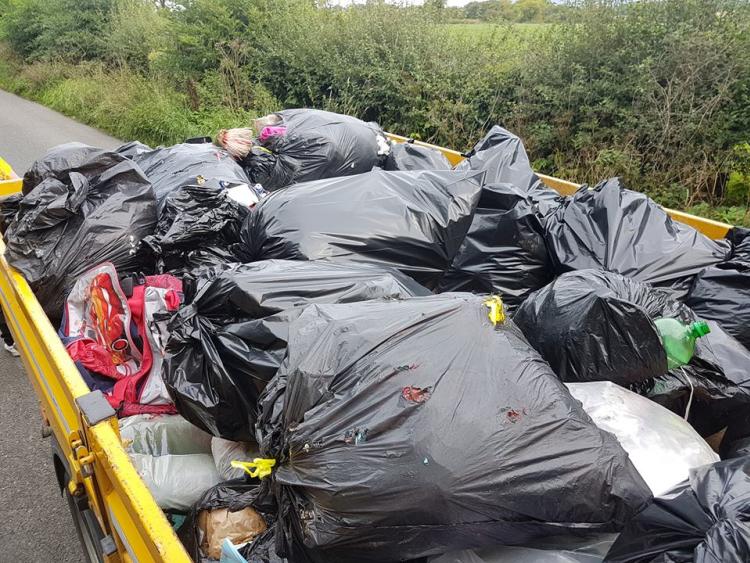 The rubbish that was collected (CREDIT: James Grogan)

Some 720kgs of rubbish was picked in Carlow over the weekend after an act of illegal dumping along the Ballybit Cross to Rathmore Road which has been described as "totally shocking".

The rubbish was picked up on Saturday morning along 1.7km of road by six local men who joined Carlow County Council in clearing the 22 bags from the road.

Cllr Will Paton, who posted a video of the serious fly-tipping incident online, said: "The dirty pigs who dumped 20 odd black bags of rubbish all over the Ballybit Cross to Rathmore road are total scum.

"The trail of destruction, litter and sheer traffic hazard left behind is totally unbelieveable."