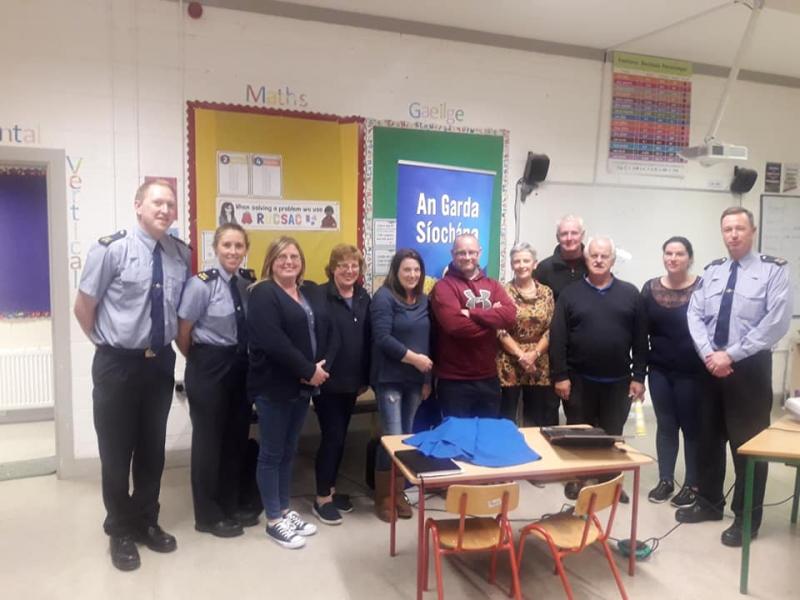 A photo from the meeting (CREDIT: Carlow Gardaí)

Nurney Text Alert is expected to be up and running by the first week of October.

The group held a registration night in the local hall on September 12 which was described as a "huge success".

Organiser Gary Phelan said: "It went well, we should be up and going by the first week of October. There are seventy people signed up at the moment. It was a huge success."

Carlow Gardaí said: "Congratulaions to Gary Phelan and the Committee on their work in progressing this initiative. We would ask that the local community in Nurney support Gary and his team."