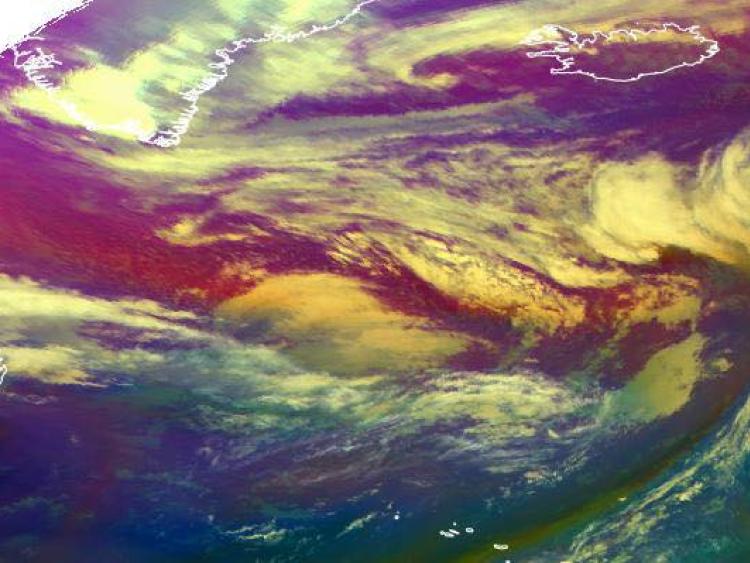 Met Eireann has issued a Status Yellow weather warning for the entire country.

The national forecaster is warning of very windy conditions across Ireland from early on Wednesday morning until evening.

"South to southwest winds will reach mean speeds of 50 to 65 km/hr with gusts of 90 to 110 km/hr, strongest in southern, western and northern coastal areas," they said.

The warning comes as a number of storms track towards Ireland. Storms Helene, Ali and Bronagh are set to make landfall between Tuesday and Friday.

The warning was issued on Monday and is valid from Wednesday at 5am until 5pm the same day.

It was just announced that Met Éireann have named the system (pictured above) Storm Ali.

According to www.carlowweather.com, it "still looks very stormy tomorrow (Wednesday) with some damaging gusts possible and some heavy rainfall also.

"Currently Yellow Weather Warning in all areas for strong gusts tomorrow but that could be upgraded for some areas so keep an eye on forecasts during the day."