DojoCon2018 - which was partnered with Carlow IT - attracted over 1,000 attendees

360 ninjas learnt security skills through fun challenges, starting with a how to rob a bank 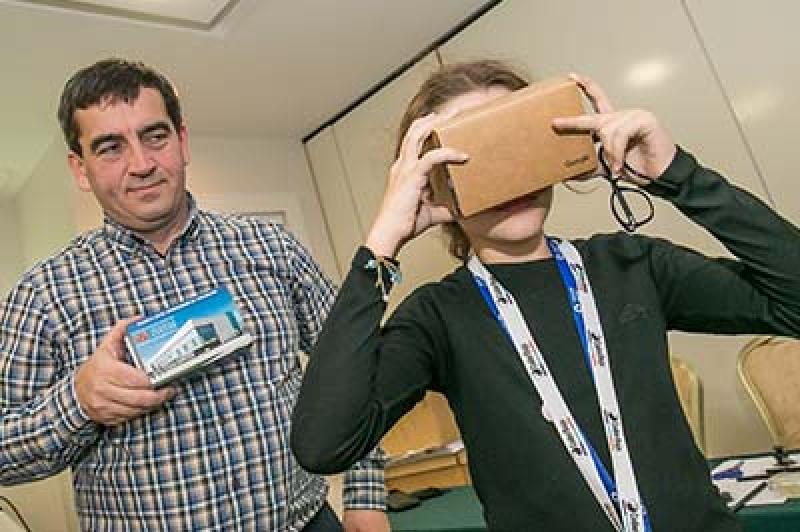 Gerry Moloney, lecturer in the Dept of Computing and Networking at IT Carlow shows a young tech enthusiast how to make her own VR headset

“We couldn’t get a better fit than to have a partner like IT Carlow, which pulled out all the stops and whose lecturers delivered many of the workshops at DojoCon.

"From the very beginning they were on board and so enthusiastic and brought incredible ideas to the table."

So said organiser John Leamy speaking at the opening ceremony last weekend of DojoCon, the global conference for CoderDojo which took place in Kilkenny.

A fantastic mix of speakers and workshops over the weekend helped spread the boundaries of tech knowledge for young and old.

49 workshops covered 32 different areas. As a major partner and collaborator in DojoCon 2018, the department of computing and networking delivered several workshops with mass appeal.

Read also: WATCH: DojoCon line-up of speakers is unveiled as Carlow IT reveals its workshops

These included: ‘Adios Alexa! – How to build your own intelligent digital assistant with readily available components’; how to make your own VR headset with cardboard; Drone Coding – learn how to code flight and special workshops in code generated art and music

There was a strong mix of female speakers and presenters, and a focus on accessibility in tech.

Sunday saw 360 ninjas participate in a free hackathon where they learnt security skills through fun challenges, starting with a how to rob a bank.

DojoCon2018 attracted over 1,000 attendees from 14 countries, including ‘ninjas’ (coders) over the age of 13, parents and adults volunteers from Irish Coderdojo clubs