Rathvilly woman who won €51,000 on Winning Streak plans to replace her broken shower

She also wants to upgrade her phone 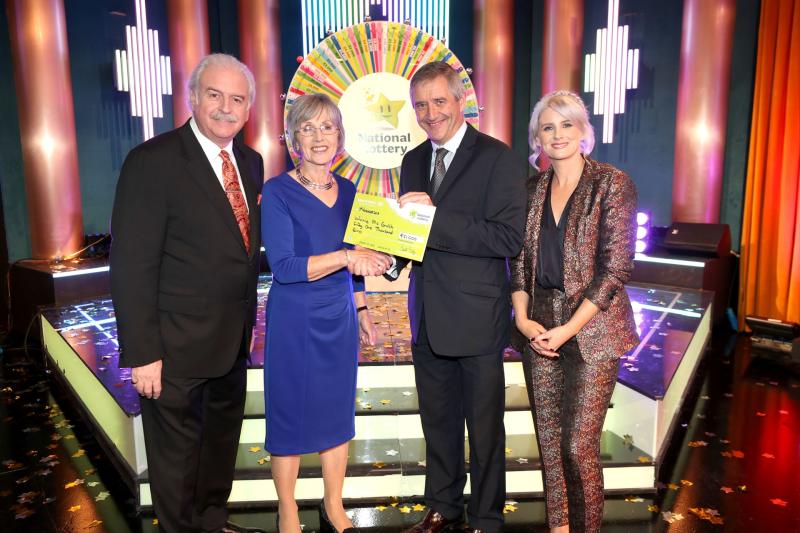 Winnie McGrath, who has been living in Rathvilly in Carlow all her life

A Carlow woman went on a Winning Streak on Saturday, November 3 and scooped a cool €51,000 from the National Lottery TV gameshow on RTÉ One.

It has been an amazing couple of weeks for Winnie McGrath, who has been living in Rathvilly in Carlow all her life.

Her walks have been taking a lot longer over the past few weeks as everyone in the town was stopping her to wish her all the best on Winning Streak last Saturday.

Those good wishes have done Winnie some good as she bagged a massive €51,000 on the show.

It was two weeks ago when she sat down with niece Stephanie, who was returning to Dubai where she works a few days later, for a chat and a glass of wine.

Winnie had had a tiring day and was looking forward to relaxing. Winning Streak was on in the background and when Carlow was called out her ears pricked up and then when her name followed, Winnie says she nearly dropped dead with the shock.

A keen hillwalker, Winnie took it up after her husband Liam passed away four years ago. She is a member of the Tinahely Walking Club and tries to get out as much as she can with the group.

She has two daughters: Deirdre and Irene. Irene lives in Cape Cod in the USA while Deirdre and her husband Eoghan, will join other members of friends and family in the audience.

Deirdre has two children, Billy and Alannah who are Winnie’s beloved grandchildren. Also supporting Winnie were her brother James, her sister Eileen and their partners.

With her winnings from the show Winnie wants to update her mobile phone as she wants to start using the hill walking apps so she can track her walks. Also, she says that the shower is broken so that will be replace.

A brand new-look Winning Streak scratch card is available in the 5,900 National Lottery retailers all over the country, where as well as the chance to appear on the Winning Streak TV game show if you get three stars, players will also be in with a chance to win some great cash prizes up to €5,000.

The odds for those who purchase a Winning Streak to win is 1 in 1.76 to win a cash or three star prize.  Players can also send their scratch card stubs into the National Lottery where each week, on the show, a player will be drawn as the winner of a Luxury Cruise for two valued at €5,000. The winner of this week’s cruise is Jurate Kanisauskiene from Killarney, Co. Kerry.

As ever one of the lucky five players will get the chance to spin the wheel and win up to €500,000.  But this series a €100,000 segment will be added to the iconic Grand Prize Wheel every show if less than that was won in the previous show, improving players chances to win a massive prize.