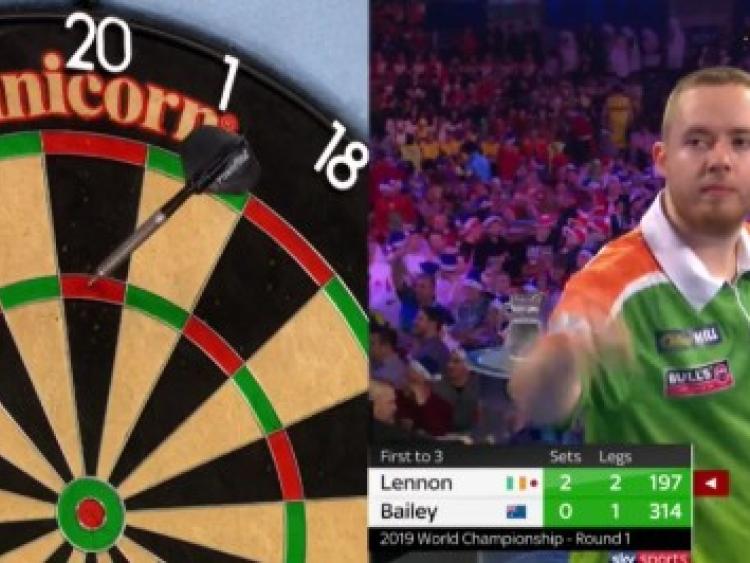 Steve in action on Tuesday night

We've got a Carlow man in the second round of the 2019 World Championships.

Steve Lennon, 25, navigated his way through his opening match against Australia's James Bailey with a 3-0 victory on Tuesday night.

Opening up the evening session, Lennon proved himself to be a class above as he enjoyed a match-high 112 checkout and threw the only two maximums en route to an impressive, if not always one-sided, win at Alexandra Palace.

With a PDC ranking of 38 going into the match, Lennon can expect a healthy boost up the rankings with Tuesday's win.

Lennon will now face number 25 seed Alan Norris in round two of the competition.