WATCH: Carlow man knocks Leicester City out of the FA Cup with cracker of a penalty

Have a look at this! 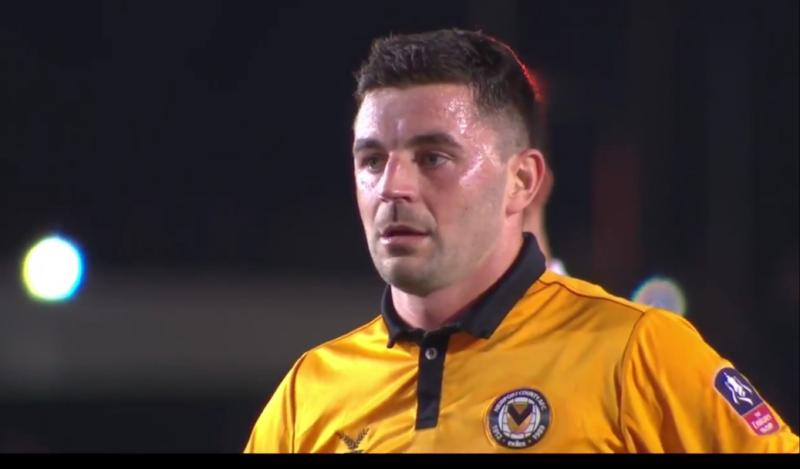 Padraig Amond lines up the winner

Newport County stunned Leicester City at the weekend with an FA Cup third round giantkilling victory for the League Two side and it was a Carlow man who was the hero.

Carlow-born striker Padraig Amond was the hero for Newport County on Sunday afternoon, as the outfit stunned Leicester City with a 2-1 win.

It had seemed that visitors Leicester, seventh in the Premier League and top-flight champions in 2016, would leave Rodney Parade with a draw when Rachid Ghezzal’s shot eight minutes from time cancelled out Jamille Matt’s 10th-minute header.

But, with five minutes left, Newport were awarded a penalty after Leicester’s Marc Albrighton raised his arm to block a cross into the box and 30-year-old Amond made no mistake from the spot to spark delirious scenes among the Welsh club’s supporters.

It would be the deciding goal too and the celebrations were something to behold.

| It's heating up at Rodney Parade as @NewportCounty regain the lead pic.twitter.com/BFoEZ5a1Wo

Magic of the Cup pic.twitter.com/pQs1KATK1H