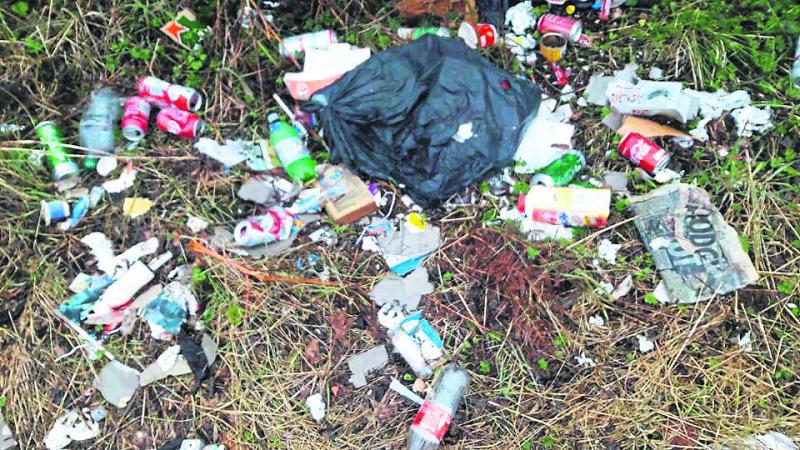 A heated row has erupted between councillors and local authority management over claims that it would cost €10,000 to remove rat-infested rubbish near hundreds of homes in Carlow Town.

Read also: BIG READ: 'Not a drop of water' in the Carlow/Graiguecullen Sub Aqua Club

The febrile exchanges occurred at this month's meeting of Carlow Municipal District when Cllr Fintan Phelan brought up rubbish that was dumped near estates on the Tullow Road over Christmas.

He says the rubbish from the fly-tipping is still there and has not been removed.

Director of Services at Carlow County Council, Bernie O'Brien, said it was her understanding from staff in the Environment Department that the cost would be up to €10,000 to clean-up the area in question.

"As long as we clean it up, they'll continue to dump," she added.

Ms O'Brien said that "if dumping is going on, we need to know who's doing it, we need to get them".

Cllr Phelan said: "People have to drive by this every day, it's now there three or four weeks and it's festering." Cllr Ken Murnane said the Council should try and get a prosecution first for the illegal dumping and then let the culprits clean it up.

In reaction to this, Cllr Phelan queried, "How long will that take, are we just going to leave it there? I propose the local authority go and clean-up the rubbish in the area." This was seconded by Cllr John Cassin.

Cllr Murnane suggested an amendement to the proposal where the local authority would provide a lorry and the councillors would organise a clean-up themselves and rely on the "goodwill" of local residents to help them.

"I'm not prepared to hand this bill over to the local authority," he added.

Cllr Phelan said: "There are 600 to 700 houses in that area. There are rats and everything running around the rubbish. The Council need to clean it. These are large scale areas that need to be cleared.

"The Council spend up to €400,000 cleaning in designated areas. Is there any area in the last month where rubbish was removed from," he asked Ms O'Brien, who said, "Yes."

Cllr Phelan hit back and then added: "So it's one rule for the Tullow Road and another rule for everywhere else."

Ms O'Brien said "it is not one rule" and told Cllr Phelan that the local authority had done clean-ups everywhere.

"We can't keep going back to the same places to keep doing clean-ups," she added.

Cllr Phelan told the meeting that there is an "elderly lady passing the rubbish everyday to go to mass; so we're telling her to go out and clean it herself because the Council are not going to do it".

The Fianna Fáil councillor said the attitude of the local authority in this instance undermined all the excellent work they are doing on the Tullow Road.

Cllr Walter Lacey said if the community were involved they would become "vigilant" and it would not happen again and we could "save €10,000 we don't have".

Cllr Phelan said: "We're talking about big areas, it's unfair to ask the community to come out."

Meanwhile Cllr John Cassin disputed the figure of €10,000 and asked for a breakdown and a report on that cost estimate by the Environment Department.

He told members that "people are making a huge effort on the Tullow Road" and called for CCTV cameras to be installed and asked for litter patrols to take place.

"This needs a firefighter response. It needs to be done today," he argued.

Cllr Andrea Dalton said there is a need to start tackling the cause and asked if the fines were not enough of a deterrent.

She added that there is a danger in asking locals to clean-up certain types of rubbish, especially if it has become hazardous.

Cllr Dalton also suggested that people caught dumping should lose their driving licence and called on the Council to employ a strategy like that if it was possible.

"We shouldn't have to keep using the Council to clean it up," she added.

Cllr Will Paton added that it's not a "bottomless pit" of money from the Council and "we all have problem areas".

Cllr Phelan said: "This is a joke, it shouldn't be about finding it from somewhere else."

Members then voted on Cllr Murnane's amendment where the local authority would provide a lorry and the councillors organise a clean-up themselves.

They voted on the amendment first, according to standing orders, and it passed by a majority vote.

As this proposal passed, Cllr Phelan's proposal for the local authority to clean it up, was not voted on.