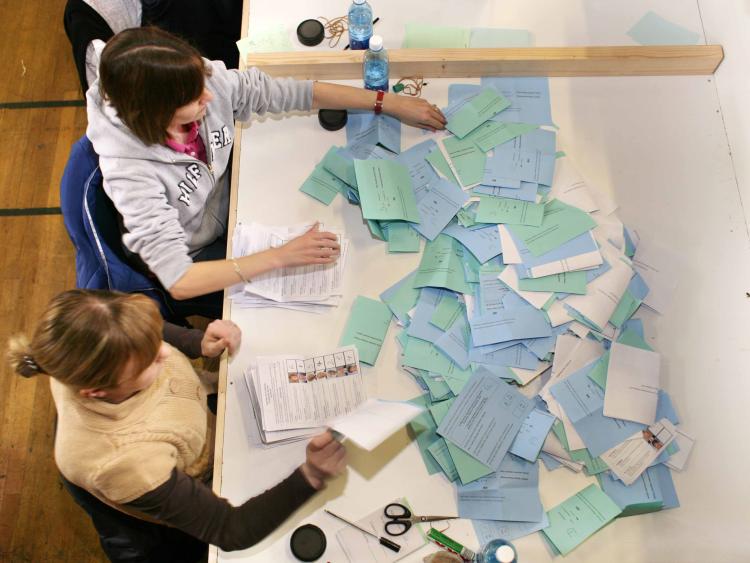 Cathaoirleach of Carlow County Council, Cllr Brian O'Donoghue, has encouraged towns and villages around Carlow to go "poster free" for the Local Election in May and beyond.

Read also: Councillors debate banning election posters ahead of May as it becomes 'a bit of a farce'

Cllr O'Donoghue said legislation would be required to get rid of election posters however even at that he said it would be very difficult to enforce.

But he believes there is a way around it and has offered a solution for villages going "poster free" and not just for the Local Elections.

In an open letter to Tidy Towns groups, he said: "The obvious thing to do, is via the Tidy Towns, Public Participation Network and development associations, create 'poster free villages'.

"Leighlinbridge have lead the way in this regard, especially in relation to election posters, as well as the typical advertising posters that take prominence in many of our towns and villages, Rathvilly have now done the same."

Advertising posters on poles in Rathvilly village were recently taken down by the owners at the request of Rathvilly Tidy Towns.

Cllr O'Donoghue is calling on groups to decide at their next meeting to go "poster free" and the next day contact all candidates and inform them of the decision.

Read the full letter below:

"Shortly after my election in 2014 to Carlow County Council, I began exploring the legalities and procedures around election posters.

"There are a few main reasons for wanting rid of posters:

"In local elections, they then disappear for 5 years and by the time of the next election, are out dated. Such a waste.

"Most election posters are not recycleable, compounding the fact of wastage, in a lot of cases the posters might only even be up-cycled once.

"It’s also only a matter of time before a candidate or one of their volunteers is seriously hurt or killed in the process of erecting posters, or as a result of an unsecured poster getting lose and causing a motor accident etc.

"I have often heard the argument that banning posters is not fair on “the little guy”, the new candidate, or independents, especially, new, little known independents, because how are they meant to compete with sitting councillors or TDs who have had five years to increase their profile?

"This is complete nonsense. As it currently stands, the main parties can cover towns, villages and countrysides with posters and the new, little known independents, on a cost basis alone, cannot compete.

"By controlling the erecting of posters we can attempt to make the playing field even, for every candidate, from all parties and none.

"After much research and attempts to ban them out right, I discovered that legislation would be required to get rid of election posters, and even at that, what constitutes a poster? Who enforces it?

"How do you stop a person who owns private land in a town or village, or rural area, from putting whatever they want up in their front garden, window, tree or pole?

"It wouldn’t be impossible, but very difficult to enforce, and a waste of either the local authority or Garda time and resources.

"The obvious thing to do, is via the Tidy Towns, PPN and development associations, create "poster free villages".

"Leighlinbridge have lead the way in this regard, especially in relation to election posters, as well as the typical advertising posters that take prominence in many of our towns and villages, Rathvilly have now done the same.

"So, as your chairman, here is the call, for all community groups, Tidy Towns associations, and all who may be interested, to go poster free.

"Decide at your next meeting to go poster free and the next day contact all candidates and inform them of the decision.

"As a compromise, assuming some people feel a need for posters I have the following suggestion.

"Every candidate contributes toward the erecting of a mini billboard, large enough to hold one poster per candidate. These boards are then erected, in line with local authority guidelines in a prominent area in a town or village.

"This would then still create the excitement that something is happening, as is often cited in the poster debates but it also means that every candidate, has the same amount of posters, in the same prominent location in each town or village.

"If there are approximately 10 candidates in each electoral area, and each contributes €100, that’s €1,000 to have the billboard constructed, erected and posters made to place on each board.

"Ideally, the board would be located at each polling station. These are usually highly visible locations like primary schools, all across the county, however, currently, in legislation this would not be permitted.

"The boards could be used there after for advertising local events and notices.