'Take down Bagenalstown signs and put up signs for Beirut,' calls for emergency roads funding 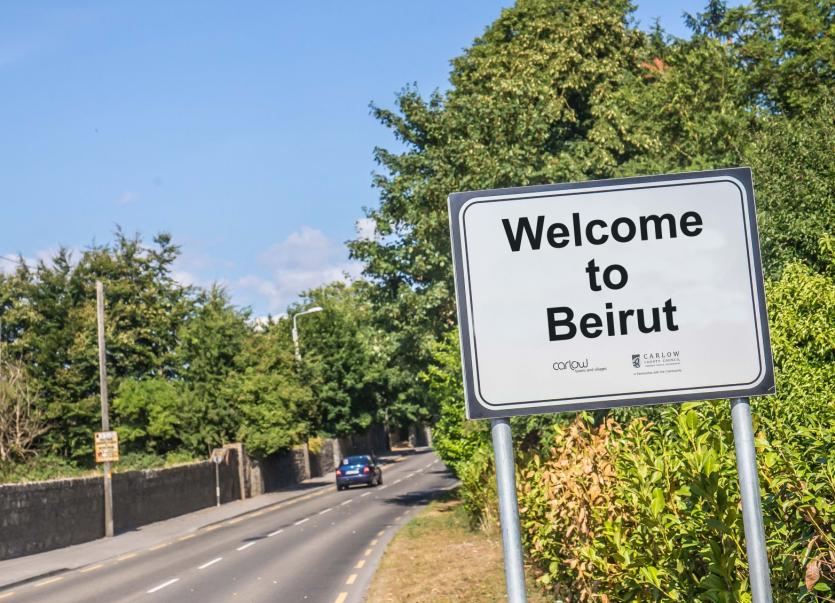 Cllr Andy Gladney made the remarks as the "roads are in such a state" after works by Irish Water. The local representative was speaking at this month's meeting of Bagenalstown Municipal District.

"I hope in the long run Irish Water don't do a patch up job and it all falls back on the Council. I want a letter written to them demanding that they attend the next MD meeting," he added.

Cllr Gladney was informed by the MD chairman, Cllr Willie Quinn, that Irish Water staff would be meeting with members next month anyway as part of their workshops.

Cllr Arthur McDonald had begun the discussion by asking for the MD to write to the Government seeking "emergency funding" to repair the roads.

"We had them lovely and now Irish Water has torn them up," he added.

There were heated exchanges between Cllr Gladney and Cllr Tommy Kinsella on the matter of Irish Water and Cllr Gladney's determination to meet with officials from the water utility and he asked Cllr Kinsella to stop interrupting him.

Cllr Gladney added: "I don't cross over you and I'm quite capable of crossing over you. I won't be talked over by anyone."

Cllr Michael Doran said that all local representatives had made "strong representations" to Irish Water at a previous meeting on the condition of the roads.

Area engineer, Jerry Crowley, said he agreed with members about the condition of the roads in the town and he is trying to get funding.

He said the best thing to do was to write to the Department as "Irish Water won't be coming back giving us loads of money to resurface" the roads.

The "one bit of good news" Mr Crowley had was that Irish Water have informed him that they will be off all the roads in Bagenalstown by next week - except for areas where they have to reinstate tarmac.

Read also: PICTURE: Car put on blocks and burnt out in a rural part of Carlow prone to fly-tipping