UPDATED: Over €100,000 worth of cannabis seized in Tullow during Garda operation

The discovery was made in north Carlow 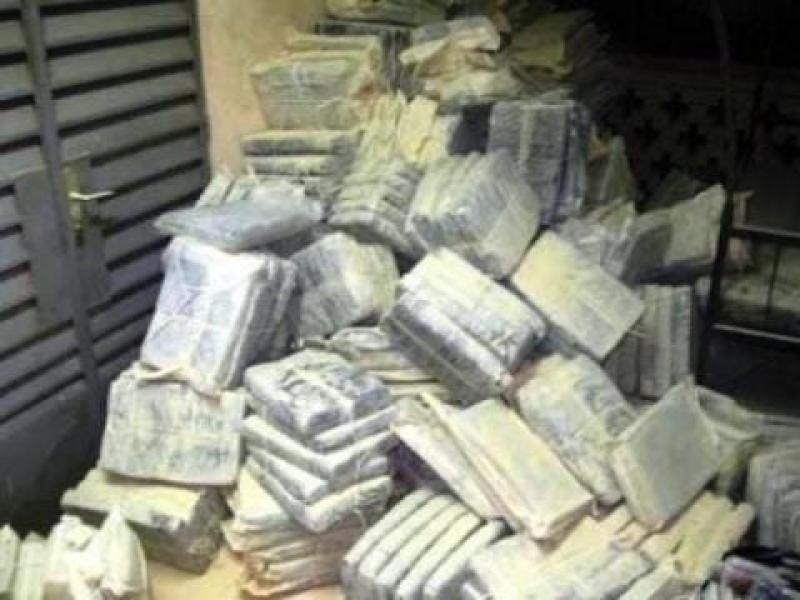 A picture of the drugs seized

A total of €125,000 worth of drugs have been seized in Tullow during a planned search of a domestic house at Phelim Wood in Tullow.

The operation took place on Friday evening by the Kilkenny/Carlow Divisional Drugs Unit accompanied by the Carlow Detective Unit and the Garda Dog Unit.

Six and a quarter kilos of cannabis (pictured above) with a street value of €125,000 was located during the search.

One male in his late 20s was arrested and detained at Carlow Garda Station.

He was later charged with an offence under the Misuse of Drugs Act and brought in custody to the Criminal Courts of Justice on Saturday morning where he was remanded on bail to reappear at Carlow District Court on June 19.

Gardaí see this as a significant seizure in the efforts to combat sale and supply of drugs in the divison of Kilkenny/Carlow.