'A role model for young people,' tributes to Brian O'Donoghue after year as chair

He had an incredible year 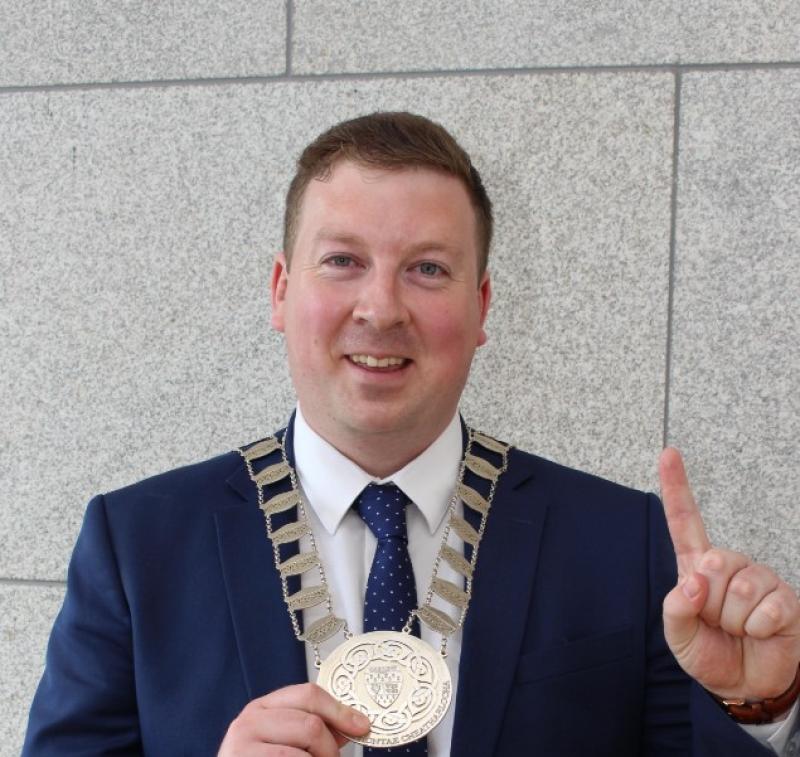 "A role model for a lot of young people," said Cllr Fintan Phelan as he paid tribute to Cllr Brian O'Donoghue after the Rathvilly man's stellar year as Cathaoirleach of Carlow County Council.

Cllr Phelan was speaking at the annual meeting of the local authority last Friday and he said: "You were an excellent chair of this Council. An impartial chair. You represented the Council with great distinction.

"You are a role model for a lot of young people to see such a young chair."

Cllr Will Paton said: "You far exceeded my expections, you smashed it, you knocked it out of the park."

Meanwhile, Cllr Charlie Murphy said the young councillor had grown into the job and "learned a lot over the year" to which Cllr O'Donoghue, 31, agreed.

In a post on social media after the meeting, Cllr O'Donoghue said: "It was an honour to be chairman of Carlow County Council for the last year and I know I gave it my all.

"We now embark on another five year term, I’m looking forward to the challenge and will hopefully get a chance to wear the chain of office again some day."

Carlow County Council's new Cathaoirleach is Fianna Fáil's John Pender after he was elected on Friday afternoon at the annual meeting of the local authority as Fianna Fáil and Fine Gael entered into a coalition.