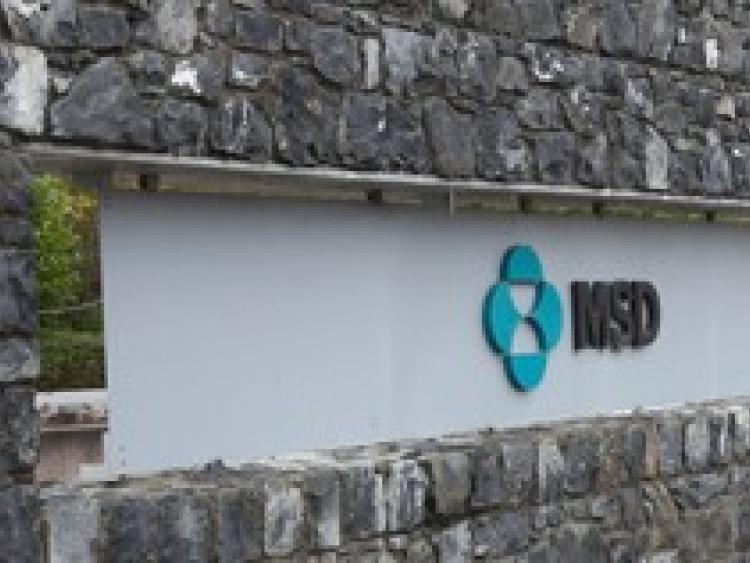 A "missing" footpath and cycle lane for MSD in Carlow Town would cost €175,000, the local authority has revealed.

Read also: Extra jobs at MSD leads to calls for 'missing' footpath and cycle lanes to be finished

The additional jobs at MSD has led to calls for the "missing" footpath and cycle lanes to be finished near the pharmaceutical facility amidst plans 170 new jobs at the pharma company's Carlow site.

There are two sections of around 200m of footpath and cycle lanes from the Golf Club Junction to MSD "missing", said Cllr Fergal Browne at a previous meeting of Carlow Municipal District.

In response, Director of Services, Michael Brennan, said: "Following a request from MSD, earlier this year, an assessment of the works required, to complete the footpath/cyclepath, public lighting & drainage from the Golf Club Junction to MSD, was carried out.

"A preliminary cost estimate for the provision of the requested footpath/cyclepath, with associated Public Lighting, Drainage etc, is calculated at €175,000.

"This estimate is based on using existing, publicly owned, space, with no allowance being made for acquisition of land. It is also based on the facility being a shared footpath/cyclepath.

"Carlow County Council does not have funding provided in its current revenue budget to cover the cost of such a project.

"Consequently, if this project is to proceed, funding would have to approved from Development Levies or some other Capital source.

"Separate from the above assessment, we have had discussions with the Department of Transport, Tourism and Sport, (DTTAS), regarding the deteriorating condition of the Regional Route R448 through County Carlow.

"This road was previously designated as National Primary Route N9. As a result we have submitted a proposal to DTTAS seeking, on average, €1.5m/year, for the next four years, to upgrade the R448 from the County Boundary with Kildare to the Powerstown M9 interchange, (J6)."

He added: "The proposal includes upgrading the road surface, remedial works to drainage and infill footpaths where required.

"We have been advised that DTTAS are considering this proposal, and we would be hopeful of receiving an associated allocation in 2020. Approval could then be sought to include the subject footpath/cyclepath proposal in the upgrade works.

"In summary, the provision of a footpath/cyclepath, as requested, is desirable. The preliminary cost estimate for the work is €175,000. However, it is not possible to provide a timeframe for the project until a source of funding is found."