Don't go near it if you see this plant! 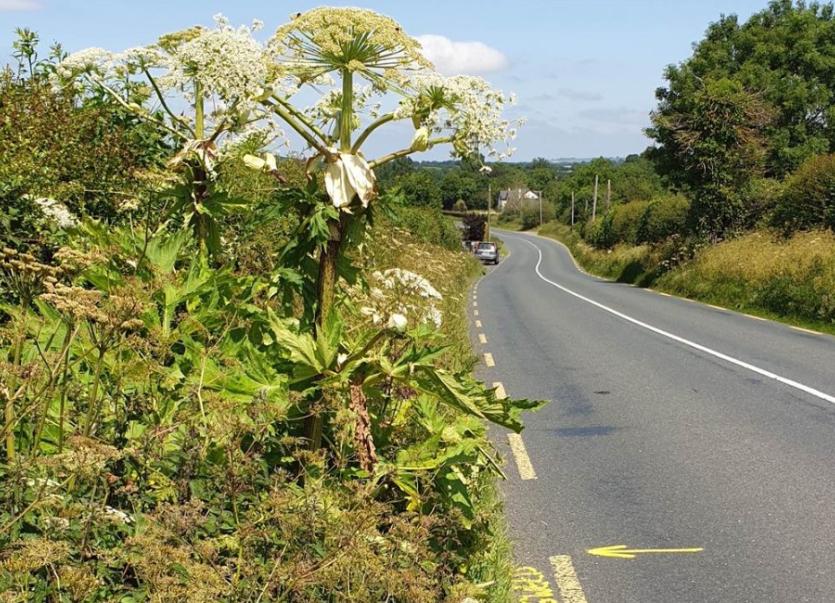 Carlow people warned not to go near this skin-burning plant

A man has suffered a hogweed burn in Carlow, Cathaoirleach of the Council, John Pender, has claimed as the local authority look to tackle invasive species.

Cllr Pender was speaking at this month's full meeting of the local authority when he said that he had been contacted by a man who had been "stung by a hogweed" but it was not a serious incident.

Carlow people were recently issued with a warning after the emergence of a severe case of Giant Hogweed in the county.

The Giant Hogweed is an extremely nasty invasive plant and has been spotted by Carlow Municipal District along the R418 roadway from Killerrig to Castledermot.

Local representatives expressed their concern at the meeting on Monday over invasive species in the county, including Japanese Knotweed.

The local authority hope to have a handbook in place by early September on invasive species and how to treat them.