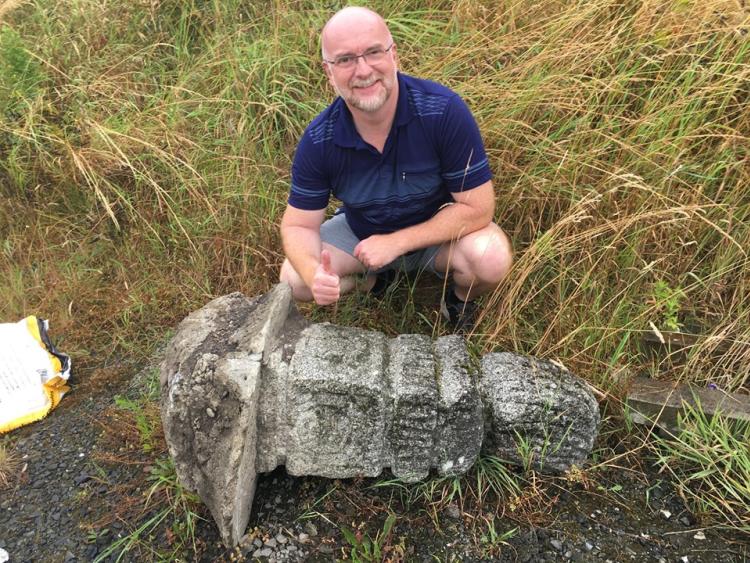 The statue of a "little man" - which has been removed from outside the Bridge House in Tullow - is safe and sound a councillor has said.

Read also: Concern over statue of 'little man' removed from outside the Bridge House in Tullow

Cllr Will Paton raised the issue at this month's meeting of Tullow Municipal District and he asked when it can go back.

Area engineer, Pat Harrington, said the statue is in storage due to works in its vicinity and he added that the statue will be put back once the works are completed.

In a post on Facebook, Cllr Paton said: "Brendan Dowling and myself paid to visit to the little granite stone man that used to be located outside The Bridge House.

"We are delighted to report that the statue is safe and sound in a secure location and will be returned to the front of The Bridge House shortly. Thanks to Brendan for the photos."

The statue was carved by a local man and was in front of the Bridge House for many, many years. It is a male figure - body head and shoulders.