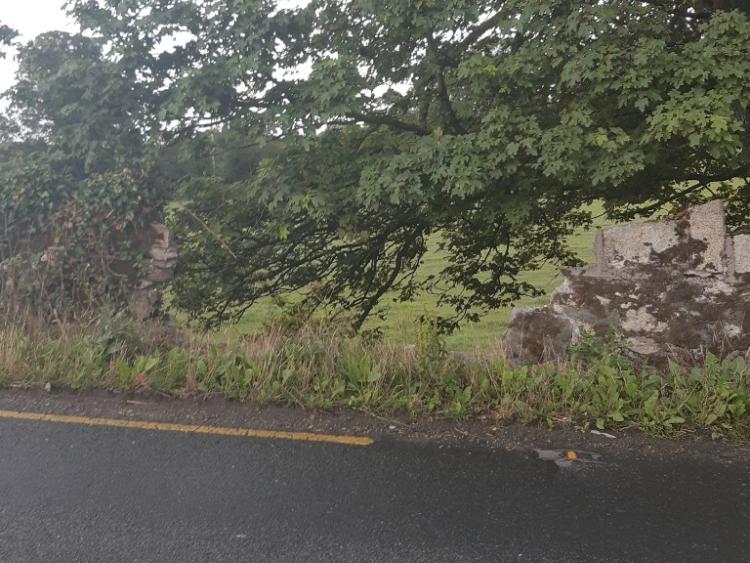 A collapsed wall - leaving a "six foot drop into a field" - has still not been repaired at Slyguff Bridge.

"There's a 6ft drop into a field," Cllr Tommy Kinsella said as he raised the issue at the July meeting of Bagenalstown Municipal District.

However, a photograph taken this week and obtained by Carlow Live has revealed that the wall has still not been repaired.

Cllr Kinsella says the wall at the bridge on the Bagenalstown/Borris road collapsed and he says there is a severe drop into a field near the bridge.

Council staff told Cllr Kinsella at the meeting that they would first have to check if it is a listed structure before they could carry out repair works.