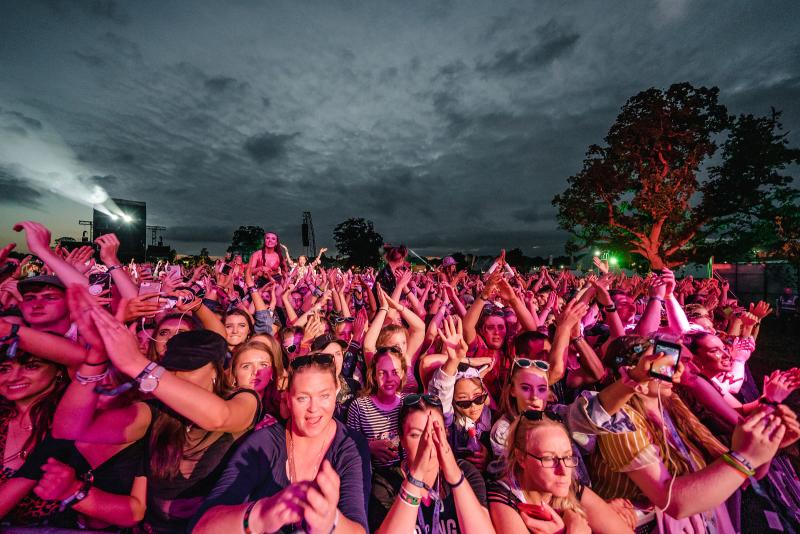 Cian Kinsella from Carlow (but living in Cork) and Cormac Mohally from Cork have been performing as a duo in Lords of Strut for several years.

Lords of Strut are a comedy act, they mostly play the characters of talented but idiotic brothers Sean and Seamus.

Festival-goers are in for a massive throwback treat, as the queen of the power ballad Bonnie Tyler makes her return to Electric Ireland’s Throwback Stage following her unforgettable performance in 2014.

Joining Bonnie will be fitness fanatic and the legend of lycra, Mr. Motivator, who will once again bring his unique brand of unstoppable energy to Stradbally.

Bonnie Tyler said: "They don't call it the Electric Ireland Throwback Stage for nothing. After an epic show in 2014 they're bringing me back!

"I'm ‘between the earth and the stars’ with excitement to return to Electric Picnic this year. Irish people have always been among my favourite crowds and I’m sure the Electric Ireland Throwback Stage is going to be no different.

"Being the queen of the power ballad, I’m looking forward to bringing stacks of energy to Stradbally."

Sending a message from his home in Jamaica, Mr. Motivator said: “Mr. Motivator is going to be ‘In Da House’ at Electric Picnic. I can’t wait to bring a taste of Caribbean flavour to Electric Ireland’s Throwback stage. I’ll get the crowd working, moving and happy. It’s going to be a blast!”

The Electric Ireland Throwback Stage has been home to many widely acclaimed acts spanning music's most influential decades.

In the past, Electric Ireland has brought back pop legends B*witched, 5ive, S Club Party, Ace of Base, Johnny Logan, 2 Unlimited, The Vengaboys and Bananarama – to name just a few.

Electric Ireland is the official energy partner to Electric Picnic.

Lords of Strut, also performing on the Electric Ireland Throwback Stage, announced the details of a very special competition that will give those who missed out on tickets the chance to win their place at the sold-out event of the summer.

To be in with a chance of winning the most coveted festival tickets in Ireland, and experiencing Electric Ireland’s Throwback Stage at Electric Picnic, fans must simply share a boomerang on Instagram stories recreating the dance move demonstrated by Lords of Strut, tag Electric Ireland and use the hashtag #ThrowbackThrowdown.