Rural Carlow is being connected to Imagine's new highspeed broadband

Is your area included? 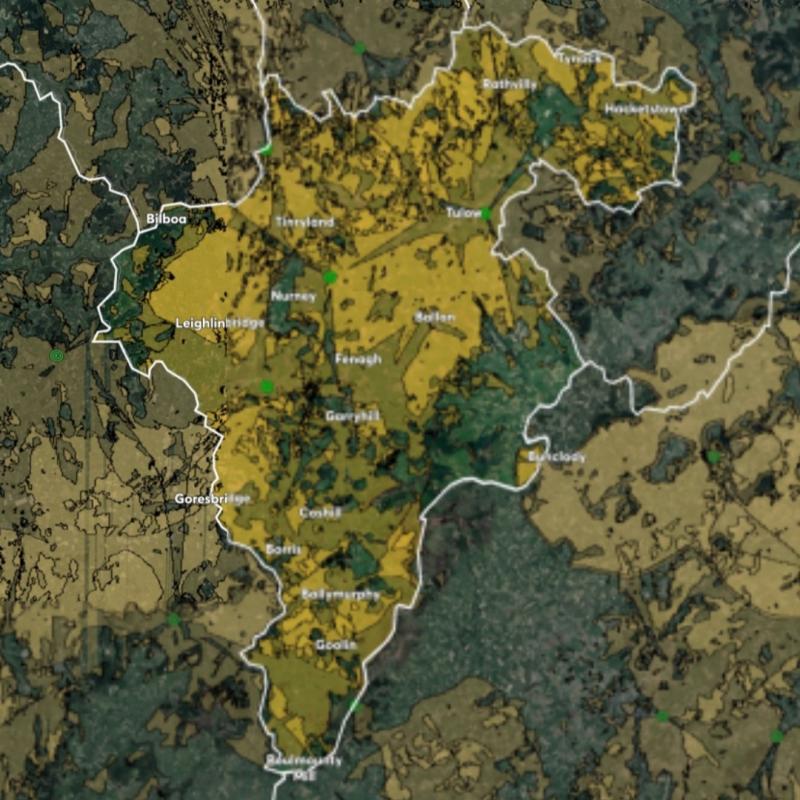 Extensive coverage works have taken place in the county with areas from Clonmore to Old Leighlin, and Rathvilly to Myshall now in coverage for highspeed broadband

Highspeed Broadband is now a reality for homes and businesses in County Carlow thanks to Imagine.

Carlow is starting to see the benefits of the €300m investment Imagine is making in Highspeed Broadband to cover over 1 million homes and businesses across Ireland within the next 18 months.

While communities in the likes of Borris, Ballon, Leighlinbridge, and the areas in between are already benefiting from Imagines new network build, a number of other areas have also been added, giving thousands of properties in the county access to highspeed broadband.

Extensive coverage works have taken place in the county with areas from Clonmore to Old Leighlin, and Rathvilly to Myshall now in coverage for highspeed broadband.

The current wave of Imagine investment is also covering large parts of the rural areas in the county with the towns of Bagenalstown, Tinryland, Hacketstown and the rural areas between them now in coverage.

Imagines priority is to quickly extend the coverage of its broadband service to homes and businesses that have little to no broadband.

Homes and businesses can check if they are in coverage on www.imagine.ie. If they aren’t in coverage today, registrations automatically get added to Imagines priority connection list.

He continues, “As part of our national roll out and to solve the problem, Imagine are 100% committed to providing highspeed broadband, as fast as we can,  to homes and businesses that have little to no broadband across regional and rural Ireland.”

The latest generation of 4G Fixed broadband is capable of delivering 300Mbps services which far exceeds current user demand and has become an established alternative high-speed broadband solution. It faced the challenge of traditional fixed line companies marketing FTTH as the only solution that could meet future demand for high-speed broadband. Having failed to deliver, the arrival of the next generation of ‘Massive’ capacity 5G technology, capable of speeds well above 1Gbps and expected to exceed 10Gbps has changed all of that. 5G Fixed Broadband has become a game changer in the industry and significant challenger to traditional fixed line telecoms companies.

Avoiding the significant cost and time to bring cables across poles and through underground ducts to homes, 5G technology allows providers to deploy high-speed broadband to large numbers of consumers in a short timeframe. 5G itself allows for extremely rapid download (up to 100 times faster than 4G) and upload speeds and decreased latency (i.e. the time it takes for devices to communicate with each other).

5G Fixed Broadband has now become a mainstream alternative to FTTH to deliver future-proofed Next Generation high-speed broadband to homes and businesses. With major telecoms companies around the world, including Google Fibre, Verizon, AT&T and Sprint in the US already rolling out 5G Fixed Broadband as an alternative to FTTH and a quicker way to deliver high-speed broadband.

Developed to provide the massive capacity needed to support the next generation of 5G mobile services including the internet of things, driverless cars, artificial intelligence and virtual reality, 5G Fixed Broadband is currently the primary business model and driver of commercial 5G infrastructure investment across the world.

With the early release of 5G spectrum, Ireland will be one of the first countries in Europe to see the benefit from further innovative 5G services. The first 5G commercial launch of Imagines 5G Fixed Broadband Network will immediately deliver the benefit of high-speed broadband to homes and businesses.

Despite announcements of investments of over €1.2 Billion over the last 5 years and the promise of the rollout of Fibre to the Home, by the end of the 3rd quarter of last year only 75k customers (Comreg data) have been actually connected. This is not a problem that is unique to Ireland, the reality is that rolling out fibre to every home, is a lot more expensive and takes a lot more time than people expected and will take years to deliver even in urban areas, let alone rural areas.

In Asia, fixed and mobile operator Softbank (Japan) provide a 261Mb high-speed broadband service using LTE Advanced as an alternative to FTTH in Tokyo, while in the US, AT&T, T-Mobile, Verizon and Sprint have already commenced 5G Fixed Broadband deployments.

Headquartered in Sandyford in Dublin, since 1993, Imagine Communications Group and its associated businesses has been an innovator and strategic investor in the Irish and European fixed, wireless and mobile telecoms markets. Imagine is an industry recognised innovator in the use of LTE and 5G Fixed Broadband as an alternative to FTTx. Through its international network the Group provides wholesale services to telecom operators and service providers.

For more information go to www.imagine.ie