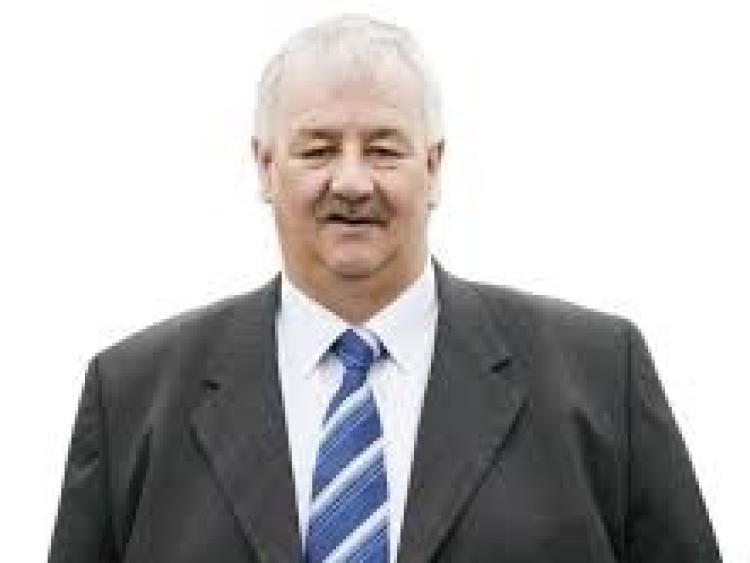 Traveller representative group, Pavee Point, has called for Carlow's Cllr Arthur McDonald to withdraw "offensive comments" he made about Travellers at this month's full meeting of Carlow County Council.

Read also: 'Shocking,' uproar over councillor's claims about Travellers and crime in Carlow

There was uproar at the meeting on Monday over Cllr McDonald's claims about Travellers and crime in Carlow.

Cllr McDonald remarked at the meeting that the "crime rate goes up by about 30%" around the time of the Borris Fair every year in Carlow.

In response, Cllr Adrienne Wallace said: "That needs to be withdrawn," while Cllr Will Paton said the remarks were "shocking" and he asked for evidence from Cllr McDonald.

Cllr Wallace called on Cllr McDonald to withdraw the statement which suggested that "the Travelling community is more prone to crime as he has no data to back up that claim".

Cllr McDonald first muttered that Cllr Wallace was "fairly controversial" herself and then said: "No. Facts are facts."

In a statement on Thursday, Pavee Point spokesperson, Martin Collins, said: "Pavee Point is appalled at the racist language used in relation to the Traveller community, and we call on Cllr McDonald to withdraw his offensive comments and to issue an apology.

"Public representatives hold positions of authority and responsibility. They need to exercise this in a dignified and responsible manner, and not to be making generalised, unsubstantiated statements that only serve to reinforce stereotypes in relation to various communities, in this case, the Traveller community.

"I would remind Cllr McDonald that Fianna Fáil signed up to the Anti-Racism Protocol. This is a pledge not to engage in racist rhetoric, not just prior to elections, but during and after.

"If Cllr McDonald refuses to apologise then we call on Micháel Martin [Fianna Fáil party leader] to take disciplinary measures against Cllr McDonald.

"Micháel Martin needs to make it very clear that his party will not tolerate racism or intolerance."

Councillors were discussing Travellers in Carlow and the Traveller Accommodation Programme 2019-2024.

Cllr Wallace said that was a "ridiculous comment" and thought the provision should be higher given the "impoverished state of some Traveller accommodation".

Cllr McDonald initially supported the amendment and claimed that crime rises when Travellers come to Carlow for the annual Borris Fair.

Cllr Andy Gladney said there was "bad and good in every society" and settled people have their own issues and that "people knocking Travellers is not really on".

Cllr Michael Doran asked if it was "prudent" to take out the "one in ten" provision to which Cllr Murnane said: "If you do put it in it will come back to haunt you."

He added that if such a provision were made for Travellers, the Council could be expected to do it for the "Polish community and black community" in Carlow.

Cllr Paton said: "If we take this out, we will be pilloried as being against members of the Travelling community. If you take out the 10% I will disassociate myself from it. We will be wide open to charges of discrimination."

Cllr Murnane said that "no one was being discriminated against, we're making it a level playing field".

Cllr McDonald then wished to clarify his earlier remarks about Traveller crime and said there was a group of Travellers going around the country and "these people have no interest in the law".

The remarks were met by a chorus of boos from Cllr Paton while Cllr Wallace took issue with his use of the words "these people".

Meanwhile, the Council's executive told members that the "one in ten" is a commonly held policy.

The chief executive of Carlow, Kathleen Holohan said "nothing was written in stone" and that there was no legal requirement for the "one in ten" provision but it was something the members could do.

She added that the provision "does not necessarily mean that 10% of every [housing] scheme" goes to Travellers due to the complexities of housing needs and requirements.

A roll call vote was taken on the adoption of the plan with Cllr Murnane's amendment to remove the "one in ten" provision.

Cllr Will Paton AGAINST

The roll call vote finished eight votes for the amendement and eight votes against it which left the deciding vote to Cathaoirleach, Cllr Pender, who decided to keep the "one in the ten" provision in the strategy.

His decision was followed by a round of applause from some councillors.

Members then voted on the Traveller Accommodation Programme 2019-2024 which was passed without Cllr Murnane's amendement.

In a statement after the meeting, Cllr Wallace said the claims by Cllr McDonald were "not grounded in fact rather it revealed his prejudice towards the Traveller community".

She added: "The mask has dropped revealing the ugly face of bias and prejudice towards Carlow natives just because they are from the Traveller community."

The heated exchanges on the proposed amendment led to Cllr McDonald telling Cllr Wallace to "shut your mouth" during the debate.

Cllr Wallace said on Tuesday that the comments reveal "an embedded sexism within Fianna Fáil – numerous councillors entered the debate but I was the only person who was spoken to in such a derogatory manner".

"That language should not be tolerated in any work place. Fianna Fáil consistently struggle to meet gender quotas and now I’m not surprised as to why," she added.