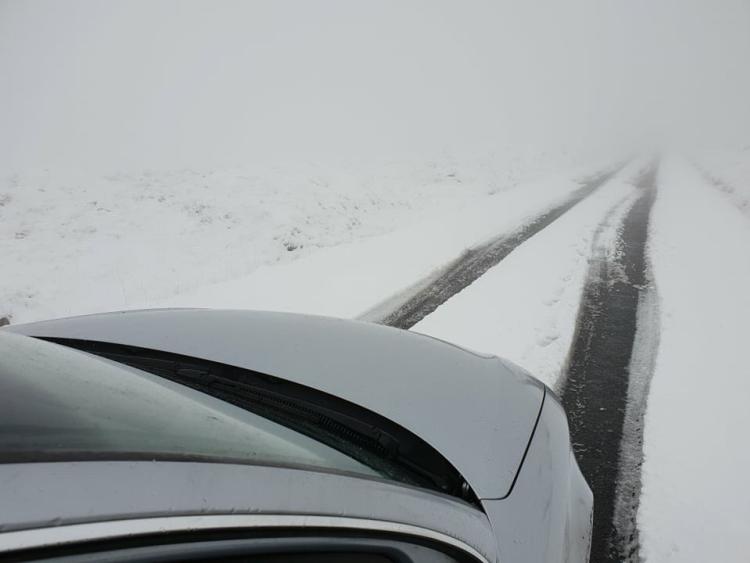 Calls have been made for warning signs to be installed on Mount Leinster to alert people to the dangers of driving on the mountain during cold snaps.

Cllr Andy Gladney has reiterated his calls for some form of warning signs on the popular spot due to the costs to the emergency services of rescuing people who get into difficulty.

He raised the matter at this month's meeting of Bagenalstown Municipal District and said: "We need to put signage up about temperatures being low at certain stages. The signs would save someone's life."

Cllr Willie Quinn highlighted an incident from a couple of years ago where people got stuck on the mountain and Cllr Gladney agreed and claimed that it "cost €10,000 or €20,000 to bring them back down".

Area engineer, Jerry Crowley, suggested closing off the mountain at certain points during severe weather and the keys would be made available to landowners who need access.

However, there were concerns over this proposal and how workable it would be.

Cllr Michael Doran said there was a "social media frenzy there one year" of people taking pictures.

"They endangered other people's lives by encouraging them to go up," he added.

The Council endeavoured to look into providing some sort of signage.

"One car did a real kamikaze job and went 200 yards down the side of the mountain," Mr Crowley previously told members of Bagenalstown MD as they talked before about the dangers of snow on Mount Leinster.

Cllr Gladney said the woman was "lucky she wasn't killed when she ploughed 200 yards down the mountain".