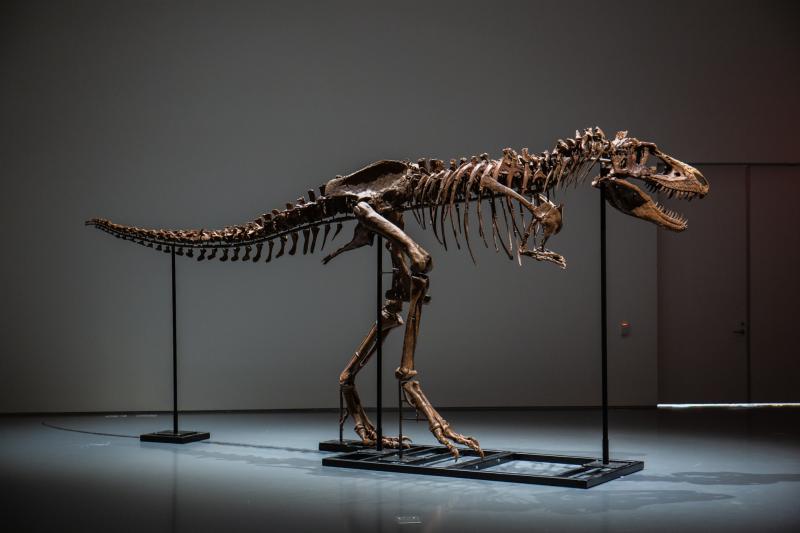 A Gorgosaurus dinosaur skeleton has sold for $6.1 million (€6m) at auction in New York.

A Gorgosaurus dinosaur skeleton has sold for $6.1 million (€6m) at auction in New York.

The dinosaur, which roamed the planet approximately 77 million years ago, weighed roughly two tonnes - marginally smaller than its ferocious relative, the Tyrannosaurus rex.

The remains were discovered in 2018 at the Judith River Formation in Montana, USA and were offered up by Sotheby's who sold the skeleton at the firm's natural history auction in the Big Apple last week.

In a statement, Sotheby's said: "The result places the Gorgosaurus among the most valuable dinosaurs ever sold at auction, and establishes a new benchmark for a Gorgosaurus skeleton."