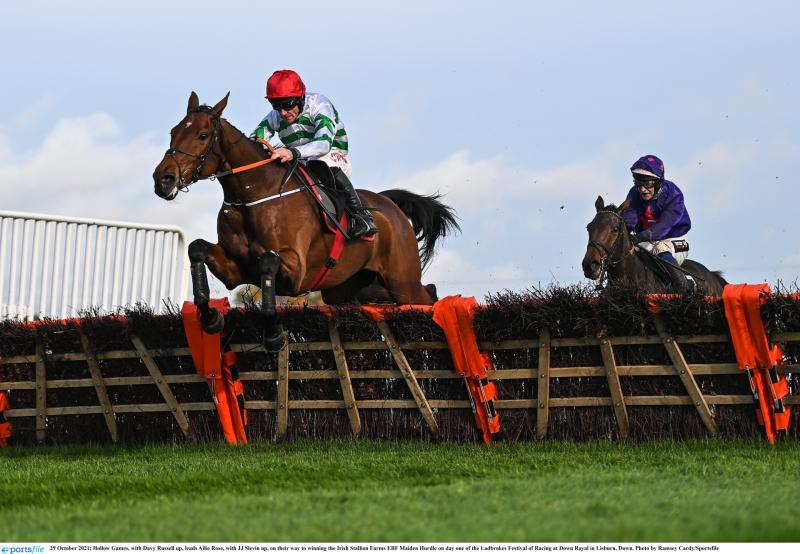 Billed as one of the most exciting weekends in the horse racing calendar in Ireland, the Dublin Racing Festival once again takes centre-stage at Leopardstown across this Saturday and Sunday with the two-day extravaganza boasting an array of stars ready to light up the track.

With a capacity crowd expected at Leopardstown and with the likes of Honeysuckle, Minella Indo, Chacun Pour Soi and Frodon on show, it promises to be a brilliant weekend of racing. We have previewed the eight Grade One contests on the card and you can find all the latest odds at horse racing betting on Boylesports.

A fabulous contest to get us underway. Grand Jury and Hollow Games were second and third in the Lawlor’s Of Naas Novice Hurdle last time out and the pair look well-placed to fight out the finish in this contest along with Whatdeawant who was fifth in that same event. Minella Crooner and Bronn both recorded victories in novice company on their latest starts, but remain open to more improvement, whilst Eric Bloodaxe also brings winning Graded form to the table.

This looks a straight battle between Fil Dor and Vauban. Gordon Elliott’s Fil Dor is unbeaten in three starts in Ireland and oozed class in a Graded event at Leopardstown last time out. However, preference is for Vauban. He finished second to Pied Piper who has since franked the form in stunning fashion at Cheltenham and he is taken to open his account in Ireland with victory in Grade One company here.

Willie Mullins is the winning-most trainer in the race’s history with seven winners and he has another serious contender in Blue Lord. He impressed when powering to victory at Naas last time out, whilst Mullins also runs Haut En Couleurs and Saint Sam who made winning chasing debuts last time out. Riviere D’etel is a fascinating runner given she gets 9lb from Blue Lord and looks the most likely danger in this event.

A brilliant renewal of this event. Kemboy is a former winner of the contest and is deeply respected given his liking for Leopardstown. Frodon is another fascinating contender for British trainer Paul Nicholls, whilst Asterion Forlonge would have finished second in the Gold Cup if not falling at the last fence and he is threatening to win a big event. However, Boylesports ambassador Robbie Power is aboard Minella Indo in this event and he is confident of a big performance from the defending Cheltenham Gold Cup winner. Pulled-up in the King George last time out, Power believes the nine-year-old will be seen to better effect in this event. He commented: “Minella Indo disappointed in this race last year, but it worked well running in this last year before going on to win the Gold Cup and there is a €150,000 for any horse who wins the Irish Gold Cup and Cheltenham Gold Cup – Minella Indo is the most likely to complete the double. He will improve on this run and his form at Cheltenham is arguably 7-10lb better than his form elsewhere. He was disappointing in the King George having been pulled-up and then have successful seasons.”

WARNING: Advance fee scams on the increase and steps you can take to avoid being conned

Master McShee would be a wonderful winner for Paddy Corkery who only trains a handful of horses, but Galopin Des Champs looks the one to beat in this event. He produced a spectacular round of jumping to make a winning debut over fences at Leopardstown in December and a reproduction of that effort would make him very hard to beat.

Chacun Pour Soi is chasing his third win in this contest for Willie Mullins and he does look the likeliest winner despite proving bitterly disappointing when last of five in the Tingle Creek at Sandown last time out. However, back at a track he relishes, he should prove too strong for British raider Greaneteen and the talented Captain Guinness.

This is all about the wondermare Honeysuckle. Unbeaten in 13 starts under Rules, she looks tough to beat as she attempts to win this contest for the third year in a row. Along with old ally Rachael Blackmore, she has the class edge in this event and benefits from the mares’ allowance here, getting 7lb from her main market rival Zanahiyr.

Willie Mullins saddles Sir Gerhard who made a stylish hurdling debut when scoring at Leopardstown in December. The Champion Bumper winner at the 2021 Cheltenham Festival, he is clearly an exciting prospect. However, My Mate Mozzie chased home Statuaire when second in the Royal Bond at Fairyhouse on his most recent outing and he may well have won that contest if getting a better leap at the last. He therefore looks open to any amount of improvement and gets the vote in this event.