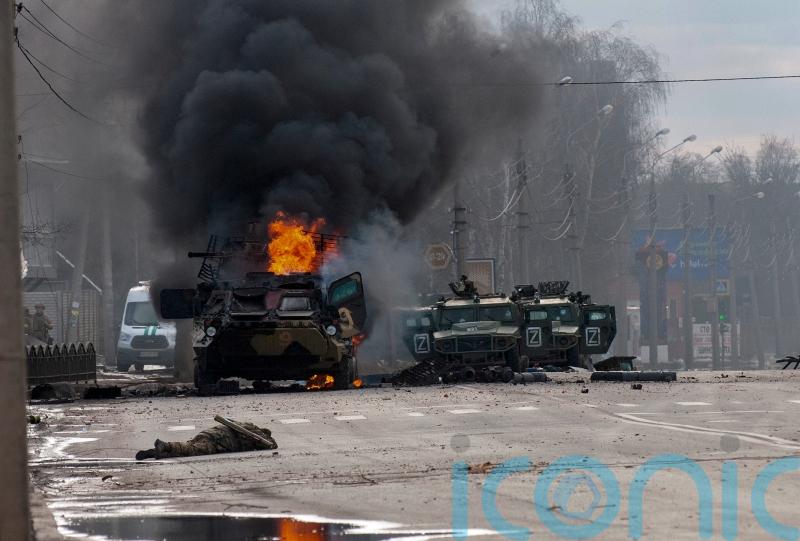 The United Nations’ nuclear watchdog says missiles have hit a radioactive waste disposal site in the Ukrainian capital of Kyiv.

In a statement late last night (Sunday February 27), International Atomic Energy Agency director general Rafael Grossi said Ukrainian authorities informed his office about the overnight strike, but there are no reports of damage to the buildings or indications of a release of radioactive material.

He said his agency expects to soon receive the results of on-site radioactive monitoring.

The report came a day after an electrical transformer at a similar disposal facility in the Ukrainian city of Kharkiv was damaged.

Such facilities typically hold low-level radioactive materials such as waste from hospitals and industry, but Mr Grossi said the two incidents highlight a “very real risk”.

He said if the sites are damaged there could be “potentially severe consequences for human health and the environment”.

It comes as Russian troops drew closer to the Ukrainian capital whose mayor warned the city was encircled, and President Vladimir Putin ordered Russian nuclear forces to be put on high alert

In an interview with the Associated Press (AP) on Sunday, after a gruelling night of Russian attacks on the outskirts of the city, mayor Vitali Klitschko was silent for several seconds when asked if there were plans to evacuate civilians if Russian troops managed to take Kyiv.

“We can’t do that, because all ways are blocked,” he finally said.

“Right now we are encircled.”

Meanwhile, in the port city of Mariupol, Ukrainians are trying to fend off a Russian advance.

An ambulance raced into a city hospital on Sunday, carrying a six-year-old girl who was mortally injured in Russian shelling.

She was pale. Her brown hair was pulled back with a rubber band. Her bloody pyjama pants were decorated with cartoon unicorns. She was brought in with her wounded father, his head bloodied and bandaged. 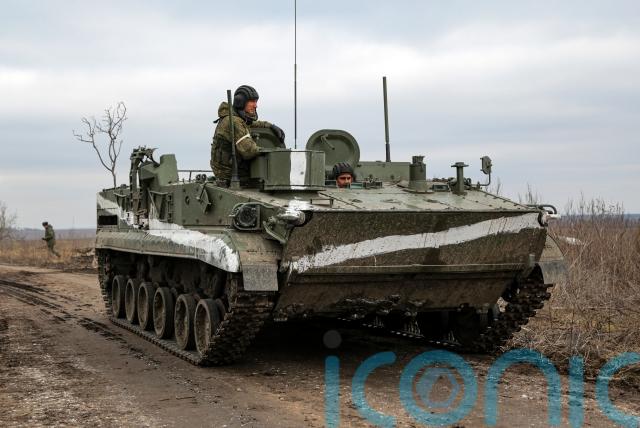 A medical team pumped her chest, fighting desperately to revive her. Her mother stood outside the ambulance, weeping.

The girl was raced inside and doctors and nurses huddled around her. One gave her an injection. Another tried to revive her with a defibrillator. A nurse wept.

A doctor in blue medical scrubs, pumping oxygen into her, looked straight at the camera of an Associated Press video journalist who had been allowed inside.

“Show this to Putin,” he said angrily. “The eyes of this child, and crying doctors.”

The girl, whose name was not immediately known, could not be saved. The doctor reached gently over her face to close her eyes.

Her body was left alone in the room, covered by her brightly coloured polyester jacket, now spattered with blood.

Earlier, Mr Putin ordered Russian nuclear forces to be put on high alert in response to what he called “aggressive statements” by leading Nato powers. 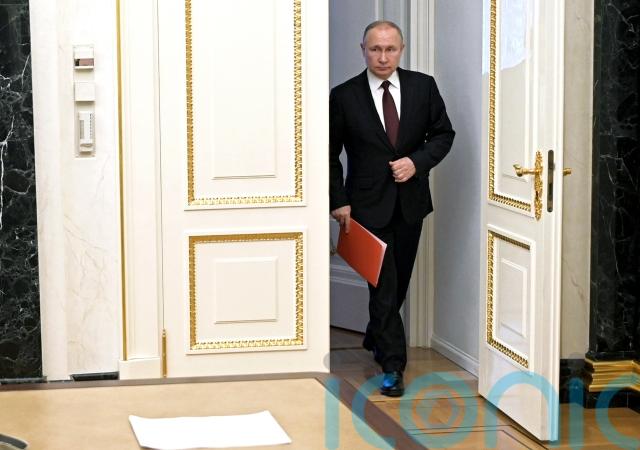 The order to put Russia’s nuclear weapons in an increased state of readiness for launch raised fears that the crisis could boil over into nuclear warfare, whether by design or miscalculation.

Amid the mounting tensions, Ukraine announced that a delegation would meet with Russian officials for talks.

But the Kremlin’s ultimate intentions towards Ukraine – and what steps might be enough to satisfy Moscow – remained unclear.

Hours after Mr Putin’s announcement, the top official in the European Union said the 27-nation bloc will close its airspace to Russian airlines and fund the purchase of weapons for Ukraine and ban some pro-Kremlin media outlets, she said.

Street fighting also broke out in Ukraine’s second-largest city, Kharkiv, and strategic ports in the country’s south came under pressure from the invading forces.