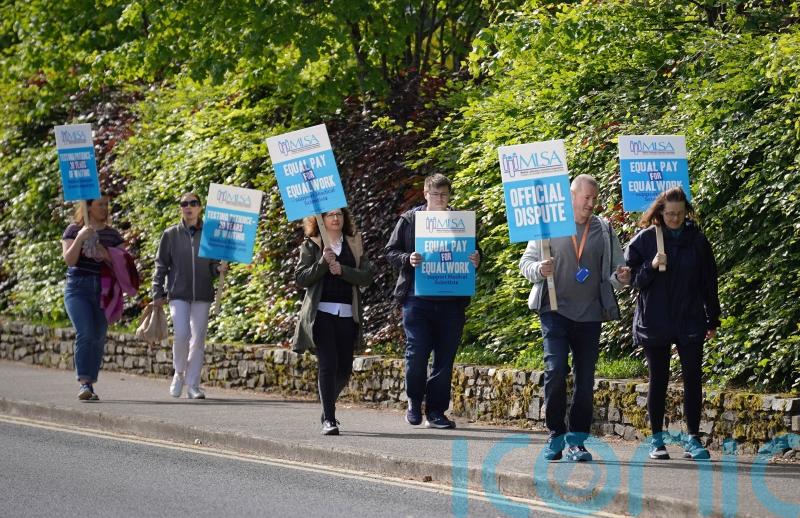 The announcement yesterday (Wednesday May 25) evening means that three consecutive days of industrial action planned for next week are suspended pending the talks.

On Tuesday evening, the Medical Laboratory Scientists’ Association (MLSA) announced that they had postponed Wednesday’s industrial action pending talks at the Labour Court with the Department of Health and the HSE.

The Labour Court requested that both parties engage further at the WRC for at least three weeks from Wednesday.

The MLSA has organised two strike days in the past two weeks to highlight issues over retention and pay parity in the sector.

CARLOW WEATHER: Wet start today but getting dry with sunny spells in the afternoon

The organisation claims that 20% of medical scientist roles in public hospitals are unfilled, partly due to burnout after the Covid pandemic, and that the problem was getting worse.

Another issue that has been highlighted is pay parity. Medical laboratory scientists who work in a biochemistry laboratory say they get paid less starting out than the biochemists, despite doing the same work.

They also claim to have less favourable terms to try to further their career than their biochemist colleagues.

Thousands of hospital appointments were cancelled as a result of the MLSA industrial action on Tuesday, as routine laboratory services such as blood and urine analysis, scans and biopsies were made unavailable due to the industrial action.

Medical scientists were also involved in the rollout and the increase of capacity of Ireland’s Covid testing system during the pandemic – from the capacity to do 600 tests a week before the pandemic to 300,000 Covid-19 tests.