Message travelled thousands of miles from off the coast of Newfoundland 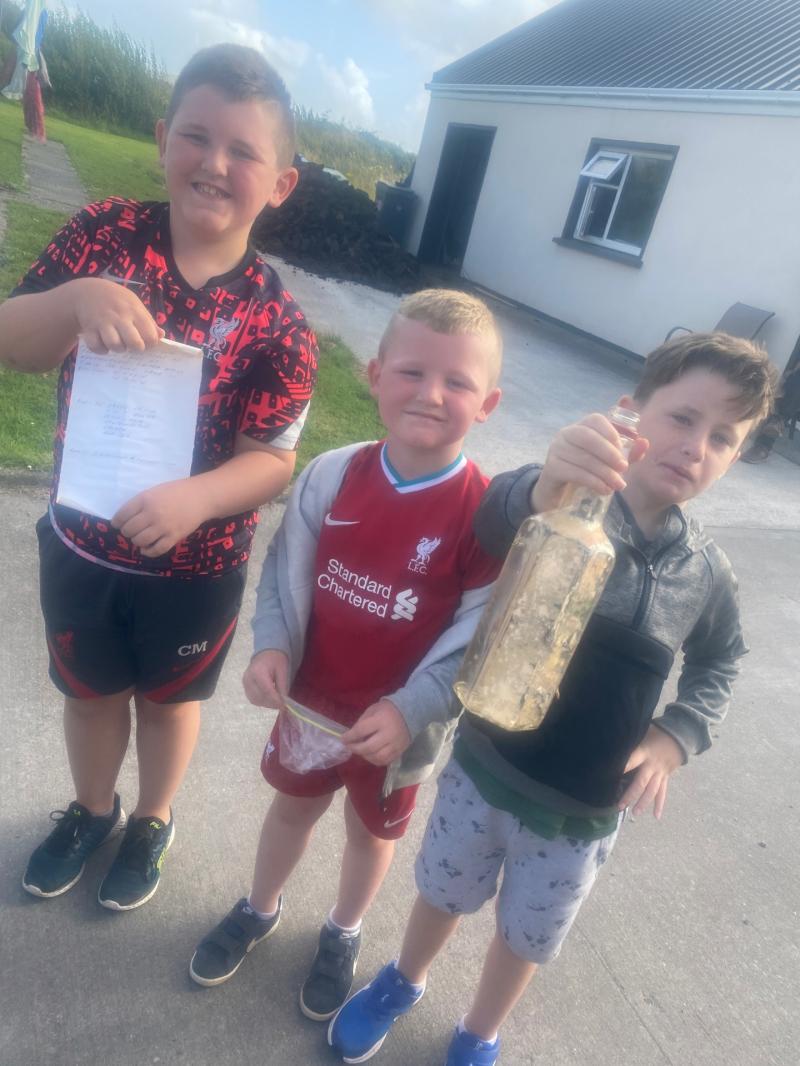 Inishowen boys Oisín O’ Doherty, Eoghan O’ Doherty along with Odhran O’ Sullivan with a message in a bottle they discovered while on holiday in Co. Kerry.

Three young boys made a discovery of a lifetime while on holiday.

Brothers Oisín O’Doherty, Eoghan O’Doherty from Greencastle along Odhran O’Sullivan discovered a message in a bottle while holidaying in Co. Kerry.

The Greencastle boys were in the 'Kingdom' while visiting family, when they made the eventful trip to The Glen Pier.

The boys noticed the bottle lodged into the rocks along the coastline, after help from a relative the bottle was eventually recovered and the message inside was found.

The message inside the bottle was written by Canadian fisherman Craig Drover while he was at sea off the coast of Newfoundland onboard his vessel The Artic Eagle.

The message reads: “This bottle was tossed over the side of the Artic Eagle on the grand banks of Newfoundland, Canada while fishing for snow crabs.”

He also wrote the co-ordinates of the vessel at the time of throwing the bottle over board.

The boys grandmother Catherine McGeoghegan said the were “thrilled” and “absolutely delighted” to find the message.

Following an email from the Inishowen family, the Canadian fisherman responded saying he regularly throws messages overboard and loves to hear from people who find them.

“Glad to hear of the boys finding my message in a bottle. I'd say they were a little excited, to say the least. A nice way to end a vacation. It is a mazing how far those bottles travel,” he wrote.