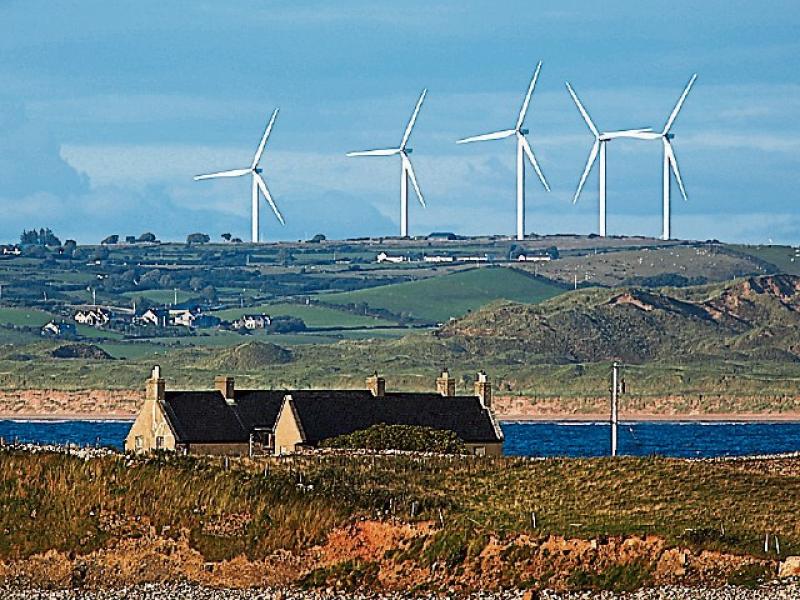 An example of a wind farm at the Acres, Ballyshannon, photographed from Tullaghan, Co Leitrim.

Ireland will not hit its 2030 wind generation targets, according to the CEO of Wind Energy Ireland.

The Irish Examiner reported that Noel Cunniffe is set to tell the annual offshore wind energy conference that unless urgent action is taken over the next 12 months there will not be enough time to build the offshore wind farms Ireland needs to meet the target.

At present, there is currently only one wind farm off the coast of Ireland, which is located at Arklow Bank 1.

According to the Examiner, Noel Cunniffe will tell the conference: "We have the resources, the technology, and the expertise; We know the target is achievable.

"But these projects will take time to build, and we are fast running out of time."

Mr Cunniffe will also say that, in order to deliver the offshore wind energy, Ireland’s electricity supply must be decarbonised.

His comments follow last week's announcement that Ireland's first ever carbon budget is due on October 4.

These points come directly from Wind Energy Ireland's recently published report, which set out a series of "urgent actions" for government, the system operators, and other State agencies to take.

While Mr Cunniffe acknowledged that the Government has had to deal with the pandemic, he nevertheless stressed that the next 12 months will be decisive for offshore wind and the nation's 2030 targets.

On a more positive note, Mr Cunniffe admitted that progress has been made and that the model for Ireland's offshore electricity grid has been identified, adding that as long as the recommendations set out by his company are implemented, then Ireland will become "energy independent and a leader in the fight against climate change."

He further claimed that this in turn would result in warmer homes, cleaner air, and tens of thousands of new jobs throughout the country.