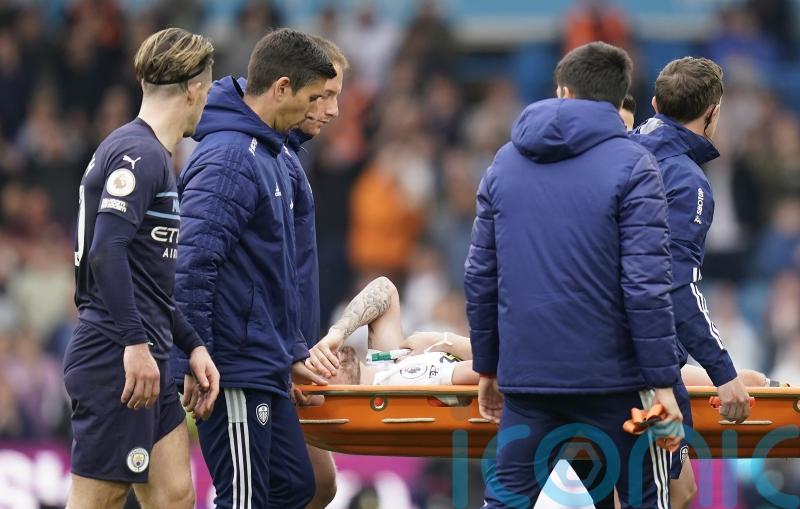 Leeds boss Jesse Marsch has said Stuart Dallas is expected to make a full recovery from a broken leg and could be back in training in six months.

The Northern Ireland international sustained a femoral fracture in last week’s home defeat to Manchester City and is recovering following surgery in London.

Marsch said: “We can safely say six months. It could be longer, nobody wants to rush him.

“I think the bone has to heal and then they have to look at all the things like articular cartilage and the meniscus and everything seems to be relatively intact, so the anterior cruciate ligament is intact.

“I’m not a doctor but a lot of the main structure of the knee is in place and then it’s just got to heal a little bit over time and and see how it reacts to more and more.”

Having been an ever-present in the league last season, the 31-year-old has appeared in all 34 league games this term and is the latest key player to succumb to long-term injury.

“We all know Stuart is such a big part of the group,” Marsch said. “He’s such a fantastic person and player.

“I think he had the current ongoing record for most consecutive matches so he’s also an ‘ironman’.

“It’s motivation for us but, more importantly, I think it’s an indicator for the fact that Stuart will be back stronger than ever.”

Leeds are hoping striker Patrick Bamford, restricted to nine league appearances this season due to a succession of injuries, will soon return to boost their relegation fight.

Bamford (foot), plus fit-again pair Liam Cooper and Kalvin Phillips (both hamstring), have been sorely missed for long periods.

“Patrick has been on the (training) pitch, so we remain cautiously optimistic with that,” Marsch said.

“We still have two and a half weeks, and we’ll go step-by-step, but we are hopeful that we can get them into training by next week.

Leeds head into Sunday’s league game at Arsenal in a perilous position with four fixtures remaining, two points ahead of third-bottom Everton, who have a game in hand, and level on points with Burnley, who have a far superior goal difference.