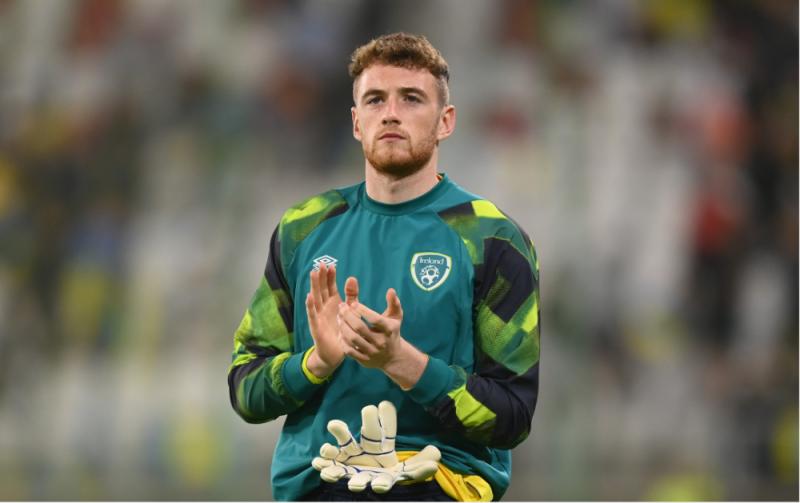 Bournemouth goalkeeper Mark Travers has signed a five-year deal to stay with the Cherries until the summer of 2027. PIC: Sportsfile

Bournemouth goalkeeper Mark Travers has signed a five-year deal to stay with the Cherries until the summer of 2027.

The 23-year-old Republic of Ireland international established himself as Bournemouth’s number one last term as Scott Parker’s side won promotion to the Premier League.

“We are delighted to secure Mark’s services on a long-term contract,” chief executive Neill Blake told the Bournemouth website.

“Last season he was a key part of the club’s promotion to the Premier League and has continued his impressive growth and development.

“As a club, we’re pleased to provide a pathway for our academy players and Mark is a great example of not only the high standard of coaching across the club but of him having the mentality to take his opportunities when they’ve arisen.

“Hopefully Mark can continue to flourish and keep up his impressive progression in the Premier League.”

He said: “Last season was brilliant. It was my first real run of games in a full season and that was great to do to get the games under my belt.

“I grew in confidence every game and tried to repay the manager for trusting me and showing faith in me at the start of the season.”