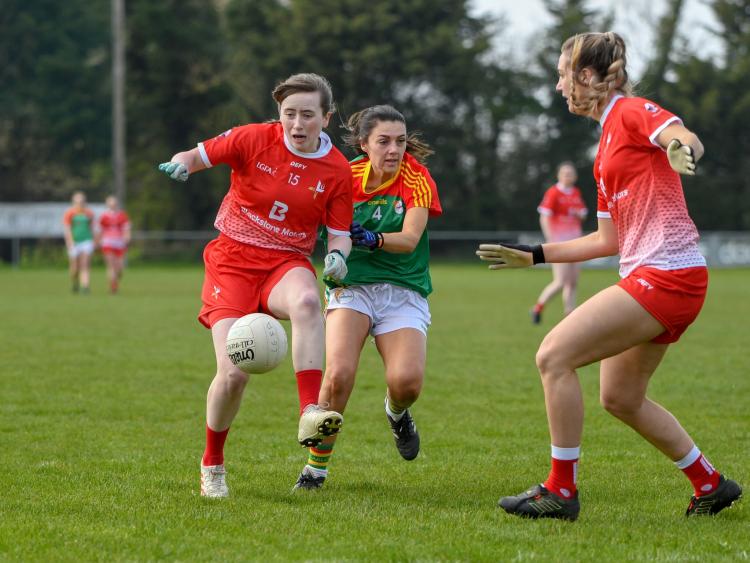 The 19-year-old struck for 1-7, all of which came from open play, as Darren Bishop's charges put the disappointment of their Division Four semi-final defeat to Antrim firmly behind them.

The Cooley star his 1-6 before the turnaround, including the opening three points inside 80 seconds, as the Reds swiftly settled into their groove, with the Byrne sisters, Aoife and Eimear, providing a constant supply from midfield.

Playing with the aid of a stiff breeze, Carlow began the second period well, until a penalty conversion from Louth captain Kate Flood deflated the Barrowsiders, after Carr had been fouled.

Clíodna Ní Shé was the main provider of scores for Carlow, but the gap continued to grow with Boyle and strike partner Flood registering to force the Wee County 2-13 to seven clear early in the final quarter.

And though they wouldn't convert again, with the locals firing four points in succession, the outcome was never in doubt.