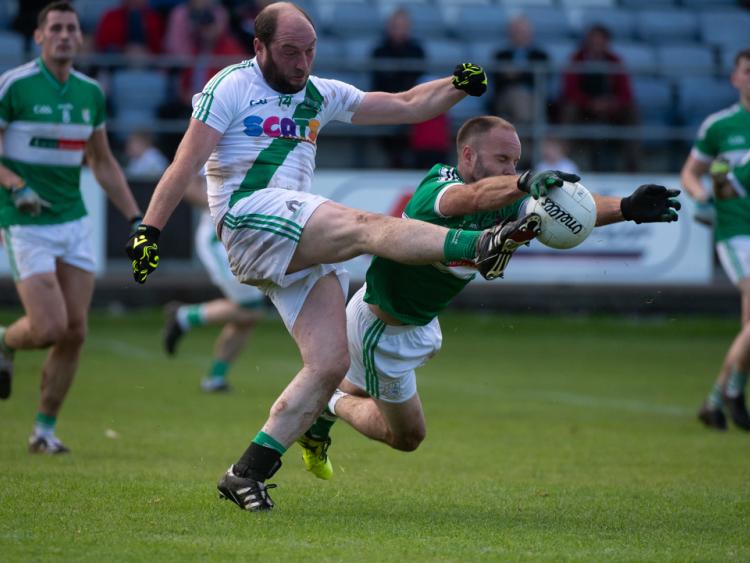 Killeshin are through to their first-ever Laois SFC final after a fine performance saw them get the better of a determined Ballyfin side in O’Moore Park recently.

Having ended deadlocked in their first game, there wasn’t a whole lot between the sides in this replay either, but Killeshin just had a bit too much in attack and that was what eventually got them over the line. Ballyfin battled all the way to the end, but they just couldn’t breach a stout Killeshin defence.

Killeshin jumped out to a bright start, with Cathal Brennan pointing after just 27 seconds of play. It could have been even better in truth, as Brennan slipped away from his marker and was clean through on goal but skied his effort well over the bar.

Adam Deering followed that up with a point of his own, as Ballyfin’s only response came from a Sean Moore free. Eoin Lowry then got Killeshin’s third and there could be no doubting they were the better side in the opening exchanges, but they nonetheless found themselves behind in the ninth minute.

James Moore lined up a Ballyfin free about 40 yards out, but he slipped as he kicked it and the ball dropped short of the target. This turned out to be a blessing in disguise as it allowed his younger brother Sean to meet the dropping ball with a well-time fist and Ballyfin were celebrating a goal out of nothing.

Killeshin, to their credit, were unperturbed by that moment of good fortune for Ballyfin and they drew themselves level within a minute, Eoin Lowry kicking his second.

That set up what was probably the most entertaining spell of the game, as the teams started trading points in some end-to-end football. Ricky Quillinan pushed Ballyfin back in front only for a pair of David Aston frees to wrestle the initiative back to Killeshin. Sean Moore and Aston then traded frees before a super effort from George Lanham saw the teams level in the 21st minute.

Killeshin probably shaded the game after that, as Eoin Lowry and David Aston both hit frees to keep them ahead. However, in first half injury time James Finn popped over a brilliant long-range effort to keep Ballyfin hot on their heels at the interval, 0-9 to 1-5 the Killeshin lead.

James Finn quickly drew Ballyfin level in the second half with a lovely point from distance, but Killeshin hit back with three points on the spin. David Aston had a hand in all three, as he pointed a free and 45, while it was his ball in which allowed Cathal Brennan to fist over the other point.

Ballyfin were falling behind now and needed to arrest the slide and they duly did thanks to a Sean Moore free. The same player then repeated the trick five minutes later to narrow the gap to one, but that sparked a response from Killeshin.

Cathal Brennan hit his third of the game, Eoin Lowry showed a good burst of pace to make room for a shot, which he then scored, and Aston landed another free to see them open their biggest lead of the game at four points, 0-15 to 1-8, with ten minutes to go.

That should have given them the impetus to go on and close out the game, but Ballyfin hauled themselves back into contention once more. James Finn’s quick thinking from a 45 allowed Darragh Connolly to fire over a good point, and then Finn screwed one over off the outside of his right boot from the right wing.

That had them within two, but again Killeshin dug deep to respond. A good passing move made room for Cathal Brennan to point, and then some quick thinking from a free ended with David Aston pointing from play.

Killeshin could almost taste the victory now as normal time elapsed and Ballyfin were then reduced to 14 men when Ricky Quillinan was red-carded. Killeshin showed good composure to manage the game from there as they qualified for a historic final place.