FORECAST: Met Éireann says there is a 'risk of hail and thunder' this weekend

Do you have any plans? 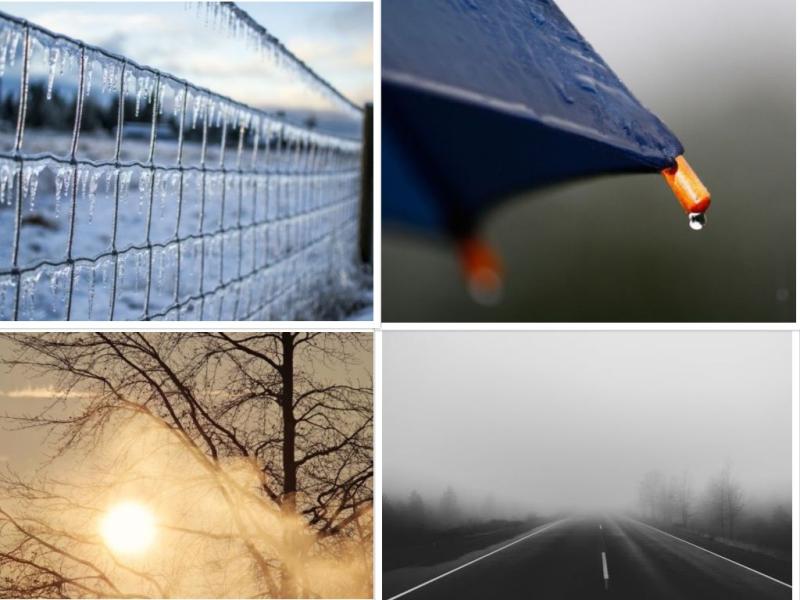 Weather forecast for Ireland for the coming days from Met Eireann

The weather forecast for the coming days from Met Éireann is for it to be unsettled and changeable with showers or longer spells of heavy rain at times, but some dry interludes also.

It will be cool with below normal temperatures and cold some nights with frosts.

Wednesday night will be cloudy and misty with scattered outbreaks of rain.

Thursday will be a cold day, with showers or longer spells of rain. The rain persistent and heavy in places, especially in eastern areas. A slight risk of thunder also.

A few bright or short sunny spells may develop - mainly in Atlantic coastal counties, but rather cloudy generally. Top temperatures 7 to 10 degrees.

Winds fresh and gusty north to northeasterly. Some rain or showers early Thursday night, but drying out in many places later on, with some clear spells developing.

Winds decreasing light variable. Lows of plus 2 to -1 degrees, with a widespread frost forming and also a few patches of mist and fog.

On Friday, early frost and any remaining mist and fog will soon clear to give a bright day, with sunny spells at times.

A few showers scattered about, but most places dry. Top temperatures of 7 to 10 degrees. Cool and dry early Friday night, but wet and breezy weather will push in across the country from the Atlantic later.

Fresh and gusty south to southeast winds developing, but veering westerly towards dawn. At that stage, more showery weather with some dry spells will be following in from the west.

Temperatures down to between 2 and 5 degrees for a time, but milder by daybreak.

Staying mostly cloudy this afternoon with a few showers in Ulster and near Irish Sea coasts. There will be sunny spells in places, especially in south Munster. Highest temperatures of 9 to 12 degrees in moderate northerly breezes. pic.twitter.com/WSKRQ6mAiN

Early rain in eastern areas on Saturday will soon clear. It will be a bright day with sunny spells and showers. Some of the showers may be heavy, with a risk of hail and thunder.

Another cold windy and mostly cloudy day. While all areas will get dry spells, occasional heavy and lengthy showers or longer spells of rain will occur. Southwest winds will be strong with gales likely at sea.

According to Met Éireann, Sunday looks like it will be dry and bright with sunny spells at times. Early frost mist and fog clearing.

Top temperatures of 9 or 10 degrees. Cold and frosty overnight, with lows of zero or -1 degrees. Some mist and fog possible too.