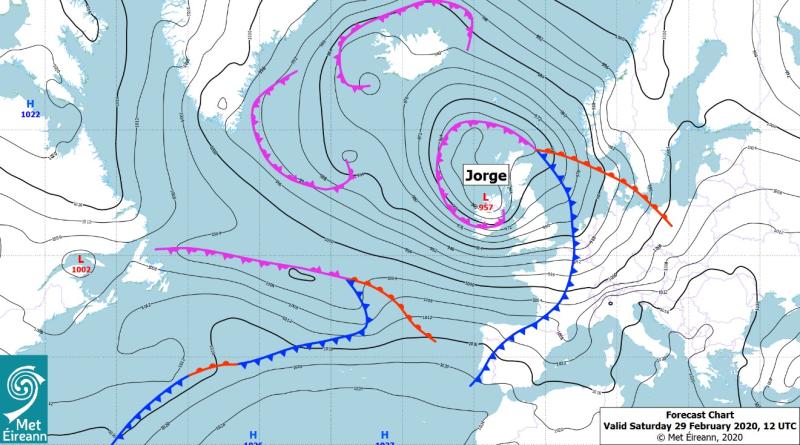 Ireland's National Emergency Coordination Group is to meet on Friday to prepare for Storm Jorge which is set to have its most damaging impact on Ireland.

With multiple Status Orange and Yellow warnings in place, torrential rain and high winds are set to batter Ireland in what is the third Atlantic storm of February.

The group has convened twice during the current storm season - for Lorenzo and Brendan.

The forecaster says spells of heavy rain associated with Storm Jorge will worsen the flooding situation across the country.